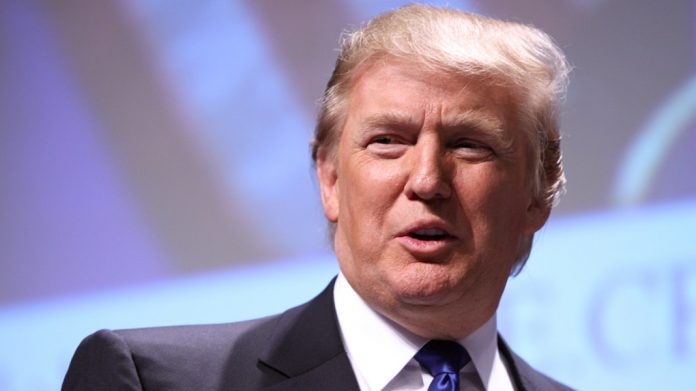 While former President Donald Trump did take some well-deserved time away from the spotlight after leaving the White House, ever since he’s reemerged, he’s been more vocal than ever.

Never one to shy away from the camera, Trump has been outspoken in his criticism of Joe Biden’s policies.

And Donald Trump just made this surprise appearance, and he had a message for Joe Biden.

This past Saturday, the former President crashed a wedding being held at his Florida resort, Mar-a-Lago.

According to a video obtained by pop culture news outlet TMZ, Trump made a very unexpected appearance at Megan Arrigo’s wedding.

In the video, he’s wearing a tuxedo and standing in front of the wedding band, making a speech to the guests.

Trump continued, “Boy, they were ready to make a deal, they would have done anything, they would have done anything, and this guy goes and drops the sanctions and then he says, ‘We’d love to negotiate now,’ [Iran says], ‘We’re not dealing with the United States at all,’ Oh, well, they don’t want to deal with us. And China, same thing, they never treated us that way, right?”

The former President talked about the current border crisis and Biden’s blatant mishandling of it. He said the kids at the border are “living in squalor.”

He bashed the current administration’s clear dismissal of the dire circumstances these children are in.

Trump called the crisis a “humanitarian disaster” and said it will likely “destroy” the United States.

There was no doubt who Donald Trump was directing his message to as he continued to expand on the Biden administration’s numerous disasters.

In what can only be described as true Trump fashion, he wound down his remarks by asking the crowd, “Do you miss me yet?”

Joe Biden and his liberal cronies were so hellbent on disassembling everything that Donald Trump did they didn’t take into account how devastating their actions would be and how they are putting the American people in danger.

It was never about unity or the citizens. It was always about power to the Left.