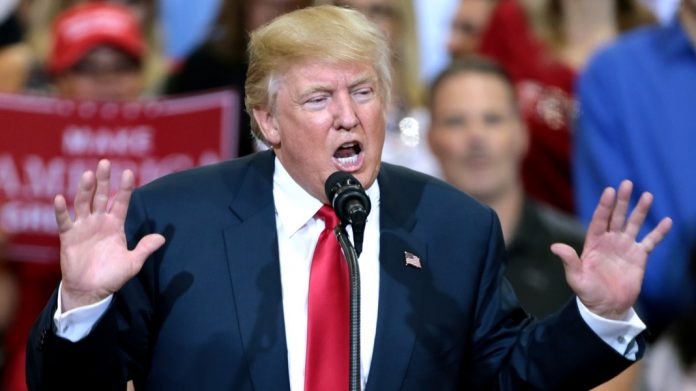 President Trump has been taking the Abortion Lobby head-on with direct attacks on their bloody business.

From defunding Planned Parenthood of millions of dollars of Title IX funds to approving dozens of pro-life judges, the President is making it clear he’s standing up for the unborn.

But President Trump’s latest move could drive a stake through the heart of Planned Parenthood.

The movie “Gosnell: The Trial of America’s Biggest Serial Killer” is about the infamous abortionist Kermit Gosnell.

Blackballed by leftists in Hollywood, Gosnell is the largest crowdfunded movie in history.

The movie exposes the horrors of the abortion industry, and how it inevitably leads to murderers like Kermit Gosnell.

And recently, the Trump administration announced that it would be screening the powerful pro-life movie at the White House.

This is the first political movie to be screened in the Trump White House.

Leftists are losing their minds that the President has chosen to screen it.

In his latest sign of support for the pro-life movement, the White House is planning to show the movie about Philadelphia abortionist Kermit Gosnell, dubbed “America’s biggest serial killer.”

“Gosnell,” the biggest-ever crowdfunded movie, is set to be screened Friday, according to the producers of the PG-13 movie about Gosnell’s X-rated practice.

“It’s sending a very powerful message,” said a note from the team behind the book and movie about the abortionist convicted of murdering three infants born alive during botched abortions and convicted to serve life in prison.

Word about the screening has swept through the pro-life movement, and supporters are going on Twitter to thank Trump.

President Trump’s decision to show a pro-life movie is already angering pro-abortion leftists all across the media.

And the supposedly “completely unbiased” Slate Magazine put out an article with a headline that reads “The White House Is Hosting a Screening of the Gory Anti-Abortion Film Gosnell.”

The reality is, abortion is murder. And murder tends to be graphic.

So if the Left is disturbed by what happens in the film, maybe they should stop supporting the murder of babies through abortion in real life.

But they won’t, of course.

They’ve actually made more steps toward a culture of death by voting down the Born-Alive Abortion Survivors Protection Act more than two-dozen times.

Do you think the Trump White House should show the pro-life movie Gosnell?