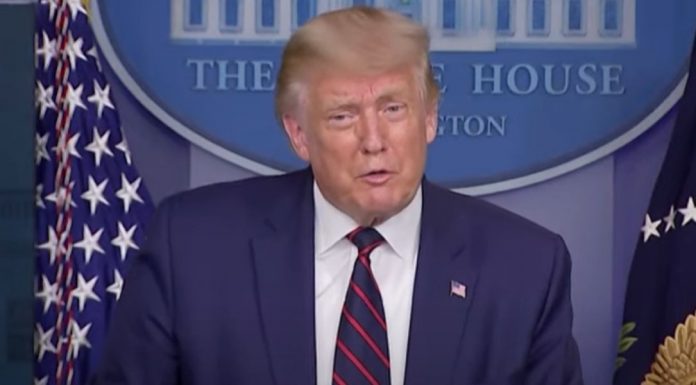 They’ve infiltrated every level of American society to a degree few realized until recently.

But Donald Trump just took the first step to putting an end to this disease by issuing this one moratorium.

Russ Vought, Director of the Office of Management and Budget, made the announcement on Friday.

Critical race theory teaches that racism is present in every aspect of American life and every interaction between individuals.

When they say every, they really mean every aspect.

Rutgers University Professor Brittney Cooper, a critical race theory advocate, claims that even the concept of time is racist.

In many of these trainings, white attendees are forced to stand up and state publicly they are racist even if they are not.

As Vought wrote in a statement, “These types of ‘trainings’ not only run counter to the fundamental beliefs for which our Nation has stood since its inception, but they also engender division and resentment within the Federal workforce.”

Under the new order, all federal agencies must report any spending related to teaching employees about so-called “white privilege” or teaches that the United States is inherently racist.

Then they must cancel all contracts for future trainings and divert funding away from the propaganda trainings.

Critical race theory is a driving force behind the Black Lives Matter riots.

Leaders incite rioters by telling them that they are being oppressed and the only way to “solve” it is by dismantling the system.

They justify a “diversity of tactics” including burning down businesses and racking up hundreds of millions of dollars in property damage because it’s all part of the system keeping them down.

And they cheer when cops or Trump supporters are murdered in cold blood.