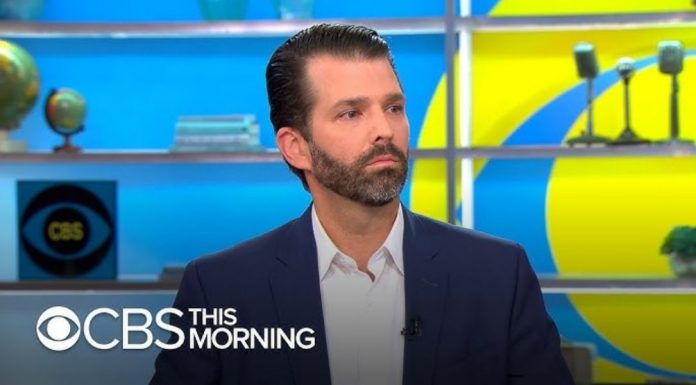 Public figures on both sides of the pond have been dragged into the fight.

And Donald Trump Jr. ripped one network for canceling a show that criticized Harry and Meghan.

The couple portrayed themselves as oppressed victims despite being insanely wealthy – they even accused at least one member of the Royal Family of being racist.

One person who wasn’t buying any of the tripe coming out of their mouths was British television host Piers Morgan.

He was essentially forced out of his role on Good Morning Britain for being highly skeptical of the incendiary remarks.

Sharon Osbourne, co-host of CBS’ The Talk defended her friend Morgan, which then put her in the crosshairs.

Osbourne’s co-host Sheryl Underwood took exception to her words, and insinuated her support for Morgan was racist.

Underwood said to Osbourne that it wasn’t “the exact words of racism, it’s the implication and the reaction to it.” She added, “To not want to address that because she is a Black woman, and to try to dismiss it or to make it seem less than what it is, that’s what makes it racist . . . But right now, I’m talking to a woman I believe is my friend and I don’t want anybody here to watch this and think we are attacking you for being racist.”

But CBS followed up by ceasing producing on live shows until an internal investigation of the incident was conducted.

That spurred Donald Trump Jr. to comment on the absurdity of the whole ordeal.

So Osbourne could lose her job for supporting Morgan who lost his job for criticizing Markle.

It’s absurd, and Donald Trump pointed it out, too.

According to former White House adviser Stephen Miller, Trump said, “[I]f you say anything negative about Meghan Markle, you get canceled. Look at Piers.”

Now saying something positive about Piers justifies cancelation as well.