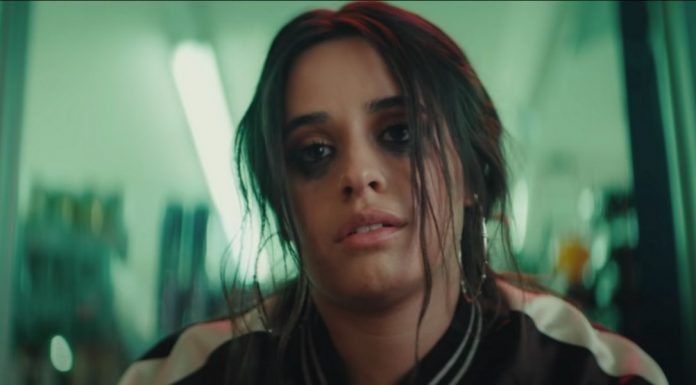 The Left are determined to alienate the majority of the country.

That’s why they are taking insane positions in the culture war and encouraging companies to drive off the cliff with them.

Disney, a company founded on traditional American values, is now going to war against people who are upholding those principles.

Disney — at the behest of “woke” employees and perhaps globalist firms pressuring companies to improve their ESG (environmental, social, and governance) scores — decided to pick a fight with Florida Governor Ron DeSantis.

The governor signed the Parental Rights in Education Bill into law, which simply prohibits public school employees from fostering classroom discussions about sexual orientation and gender identity in kindergarten through third grade.

The law was so reasonable that a majority of Democrats in the state supported it.

But now Disney is bringing out the big guns.

The company is seemingly deploying Disney pop star and actress Camila Cabello to fundraise for leftist efforts against Florida.

Cabello said in an Instagram post, “I am sooo honored to have spent Mother’s Day supporting [Lamda Legal] and [Equity Florida] in launching the Protect Our Kids Fund which supports litigation against the hateful Don’t Say Gay or Trans law in FL.”

“Don’t Say Gay” was a propaganda phrase created by the Left; teachers are not prohibited from saying the word “gay.”

Leftists have to resort to lying because when they don’t, even a majority of Democrats reject their most radical proposals.

Cabello is the latest in a long line of Disney starlets that have been used as the face of the company, which has moved wildly to the left.

Cabello starred in a “woke” remake of Cinderella that was so bad, even leftists hated it.

For example, The Hollywood Reporter wrote, “Cinderella suffers from a host of problems, but its real curse is terrible timing. If this most recent reboot, with its heavy-handed feminist messaging, had been released decades ago, it might have stood a chance at being subversive. But it’s 2021, and additions to the crowded and underwhelming field of #girlboss narratives require a bit more style and depth to keep even young audiences engaged.”

If Disney insists on being a “woke” company that alienates over half its audience, then it will suffer the consequences in the long run.

Disney’s stock is already tumbling, and there are companies with traditional values looking to move into the space and chip away at Disney’s market share.

The latest move from their new Cinderella shows Disney appears intent on sticking to the woke political ground it’s staked out.

But it’s telling that with the entire Left now up in arms over the leaked Supreme Court decision that could overturn Roe v. Wade, no major American corporations seem eager to wade into that fight.

Ron DeSantis should be thanked for that.

Corporate heads have all seen the utter disaster Disney waded into picking their “Don’t Say Gay” fight with Ron DeSantis and Conservatives and are keeping their mouths shut.

Hopefully establishment Republicans take a lesson from DeSantis and show some backbone fighting on culture war issues like abortion.