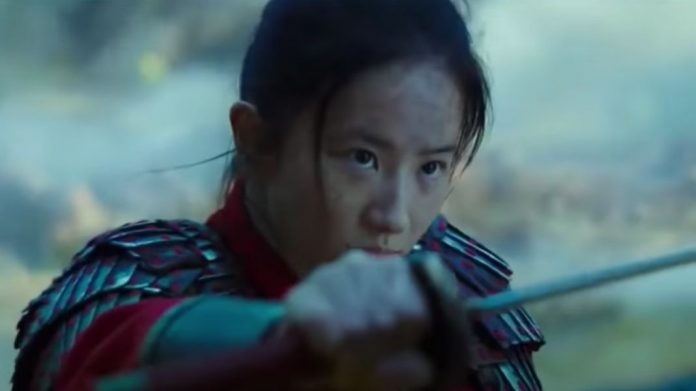 Disney and other major studies have made a concerted effort to jam “wokeness” down viewers’ throats.

Meanwhile, the same companies have turned a blind eye to human rights abuses in China.

Now Disney’s latest film is tanking because of one horrible decision.

Disney’s release of the live-action remake of “Mulan” has been beset with criticism.

The film has come under fire for its kowtowing to the Chinese Communist Party and its horrific treatment of the Uyghur Muslims.

The end credits for the film featured a “special thanks” card for CCP entities in Xinjiang province, where dozens of Soviet-style gulags operate.

Reports from the “camps” have detailed physical, emotional, and psychological torture beyond belief.

Drone footage of the region has shown Uyghurs being marched onto trains, a harrowing echo of Jews being sent away to Auschwitz and Treblinka.

From the Hollywood Reporter:

In response to the backlash, Disney has not released box office numbers for the film, and China is supposedly banning media coverage of the film in the Mainland.

The public’s appetite for bending the knee to the CCP is waning.

Three controversial moments have raised awareness of the authoritarian incursions by the CCP into American culture.

The Ancient One character in the Marvel Comics film “Dr. Strange” was originally a Tibetan monk, but the CCP does not recognize Tibetan independence, so the character was changed to a Celtic guru.

A scene from the upcoming “Top Gun” sequel was edited to appease China; a pilot’s bomber jacket featured patches from several countries including Japan and Taiwan.

Japan is a historic adversary and China does not recognize Taiwanese independence, so both patches were digitally removed from the jacket.

And in the NBA, Houston Rockets general manager Daryl Morey was nearly fired for tweeting support for freedom in Hong Kong.

Also, China’s despicable handling of the coronavirus has angered world leaders and citizens across the globe.

The idea of normalizing relations with communist China in the 1970s was to nudge them toward free markets and free people.

Instead, China has nudged the United States toward state control and authoritarianism.