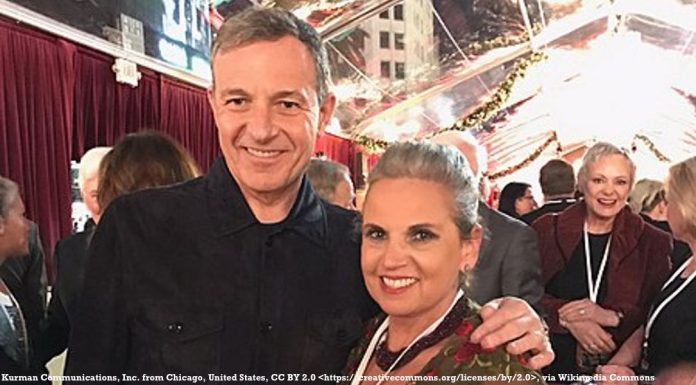 Joe Biden is already staffing his administration with establishment cronies

The Washington, D.C. swamp is being refilled right before our eyes.

And now Disney’s Chairman wants one government post that made everyone’s jaw drop.

Some wondered if the company’s shift toward left-wing politics signaled that Iger could be positioning himself to run for President.

But for now, it appears that Iger wants to be ambassador to China.

According to The Wall Street Journal, Iger reached out to the Biden team about the China post, and other Hollywood bigwigs have put in a good word for him.

However, the optics of such a move would look bad.

Disney was one of the countries that kowtowed to the Chinese Communist Party in the worst way possible.

The film Disney Mulan thanked security officials in Xinjiang province where Uyghur Muslims are being imprisoned in concentration camps.

Backlash to the embarrassing mistake caused a public relations nightmare for Disney.

The Mouse House also caught flak for silencing ESPN reporters on the issue of Hong Kong pro-freedom protests; mainland China has been encroaching on the island for years, and finally took over the territory for all intents and purposes with the passage of an “anti-terrorist” law that gives the CCP broad authority to crush dissent in Hong Kong.

Houston Rockets general manager Daryl Morey nearly lost his job for tweeting benign support for Hong Kong amid the protests; Hong Kongers were actually waving the American flag as a beacon of hope and freedom.

Iger being named ambassador to China would confirm people’s worst fears about American elites selling out to the CCP for money and power.

Opening up the Chinese market in the 1970s was supposed to thaw Red China.

Instead, China enriched itself with free market concepts while maintaining one-party rule and continuing to oppress its citizens, and now they’re exporting that authoritarian mindset to the West.

As China steals intellectual property from American companies, manufacturing jobs are leaving the U.S. for China.

The soft Chinese takeover will likely only get worse with a crony like Iger in the position as ambassador.