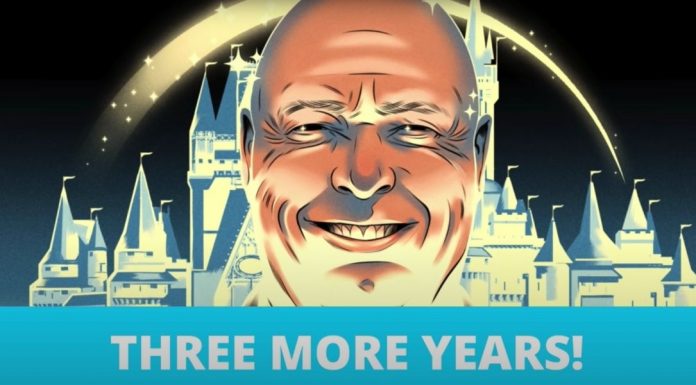 The Disney company recently decided to turn on a huge portion of its customer base.

It’s a situation so ugly, it practically amounts to shareholder fraud by Disney’s board of directors.

After picking fight after fight with Florida Governor Ron DeSantis and getting handed repeated losses over recent months, Disney is going back to the well again.

Rather than repenting, the Disney board just decided to insult Conservatives and shareholders with another idiotic move.

While the Walt Disney Company is an international icon, one of its biggest profit centers is Walt Disney World located near Orlando, Florida.

Floridians, like most Americans, have huge problems with the far-Left indoctrination of children Disney has supported in recent years.

And when Governor DeSantis signed a bill into law saying teachers can’t blow class time on talking about gender identity or sexual orientation with kids in kindergartens through third grade, the wackos at Disney took on slamming DeSantis as their main mission in life.

Before long the dustup revealed who is really in charge behind the scenes at Disney and the company’s detailed plans to indoctrinate kids rather than merely entertain them.

General entertainment president Karey Burke went as far as saying she wants at least half of all future Disney characters to be “LGBTQIA” or racial minorities.

Naturally, when the company suddenly decided to take such an incredibly divisive stance its stock value started to plunge, streaming service subscriptions plummeted, and Conservatives all over America started contemplating whether to burn their Disney World t-shirts.

After experiencing that decisive and dramatic market response, you’d think the company would make a quick about face.

Instead, the company’s Board of Directors recently met to hammer out the most mind-numbingly stupid deal ever at the company.

CEO Bob Chapek started the company down the path to financial ruin when he called DeSantis’ bill a “challenge to basic human rights.”

In the following weeks Chapek doubled down on that position even as the company lost tens of millions in special subsidies, created powerful political enemies, and lost about a third of its share value.

Retirees who entrusted their future to woke institutional investors are paying the price as money tied up in what should have been a safe company disappeared overnight.

Rather than firing the CEO who obviously doesn’t mind running the company into the ground, Disney’s board just gave him a big fat raise.

The board unanimously voted to renew Chapek’s employment contract for three more years, during which time he will rake in a $2.5 million salary along with at least $20 million in company stock.

In the past his annual bonus was set at $15 million each year.

Apparently, his bosses on the board are just as warped and weird as the company’s executive team.

And this is no mere personnel decision.

It’s clear the woke leftists running Disney believe the American public will eventually break down and return to supporting the company so they can continue molding children’s minds with their twisted perspective of the world.