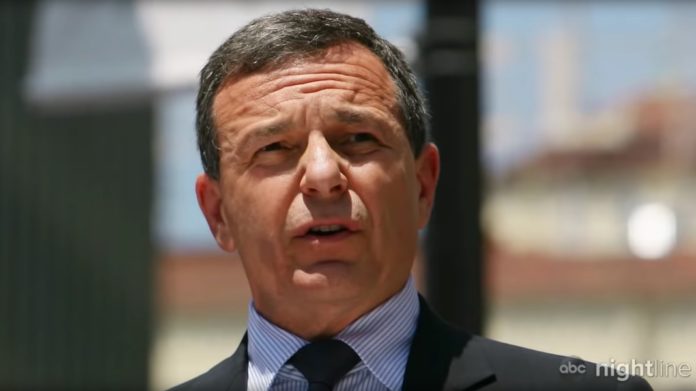 Disney CEO Bob Iger is driving the cherished company to the brink of destruction.

Iger is forcing his leftist agenda into the Disney franchise.

And Disney’s latest embarrassing mistake in the name of political correctness could destroy dozens of classic Disney movies.

Iger has made several big mistakes as Disney’s CEO.

The direction he has taken the Star Wars franchise in is universally disliked by most of the fan base due to it’s forced feminist agenda.

Now, he’s doing the same thing with all the Marvel comic book movies.

But he may have just made his worst mistake yet.

Upon the release of Disney+, he added a line of text before dozens of classic Disney films that reads, “This program is presented as originally created. It may contain outdated cultural depictions.”

The new Disney+ streaming service has added social justice trigger warnings to some of its classic movie titles, telling subscribers that beloved Disney movies including Dumbo, Swiss Family Robinson, Davy Crockett: King of the Wild Frontier, and the original Lady and the Tramp may contain “outdated cultural depictions.”

The generic trigger warnings appear in the plot synopses that users see on the Disney+ interface before clicking to play a title.

“This program is presented as originally created,” the warnings say. “It may contain outdated cultural depictions.”

The warnings appear to focus on titles that depict indigenous people, African Americans, Asians, and other minorities in ways that some now regard as stereotypical.

Iger is bent on destroying Disney’s legacy with his Left-wing agenda.

The release of Disney+ was already marred with thousands of users reporting streaming errors and not getting access to their accounts.

On top of that, Iger chose to create a public relations crisis for himself by pointing out all of the dated material in older films that can be perceived as racist.

Naturally, many radical Leftists on social media called on Disney to simply remove the films with those warnings altogether.

Is Bob Iger taking Disney too far to the Left?