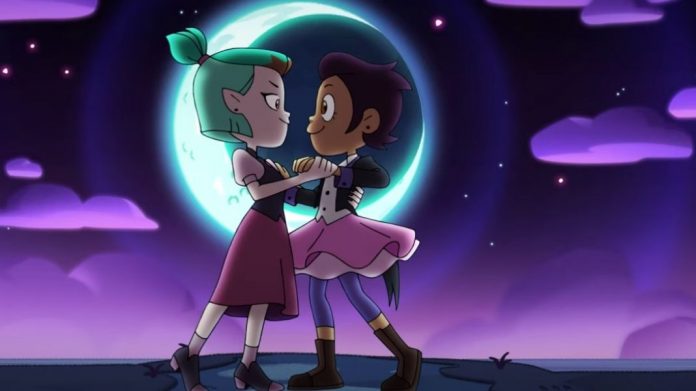 Leftists are intent on forcing their ideology onto the rest of society.

That’s why indoctrinating kids is so important to their mission.

Now Disney is pushing a radical sexual agenda with this new kids show.

Shows intended for children are getting bolder in how they weave in messages to indoctrinate America’s impressionable youth.

The Baby-Sitters Club on Netflix introduced a transgender child and showed doctors being scolded for “misgindering” a biological boy.

This is asinine because there are sex differences between men and women and that’s pertinent information that doctors need to know.

Now Disney has an animated show called The Owl House where the 14-year-old lead character was revealed as bisexual.

The creator of the show wrote on Twitter about how it was always her intention to put “queer kids” into the show:

It’s mind-boggling why leftists find it so important to put sexuality into children’s shows.

This isn’t a teen drama where the storylines might trend “edgier,” but an animated show intended for your kids.

Supposedly, the show is about a girl who embarks on magical adventures as she becomes a witch.

What that has to do with bisexuality is anyone’s guess.

It’s becoming more difficult for parents to shield their children from messaging with which they disagree.

They’re getting indoctrination at government schools from teachers, from pop stars, and even cartoons.

When the leftists embarked on the “long march through the institutions,”  they weren’t kidding.

Virtually every major cultural institution in America today is controlled by the Left.

News media, entertainment media, and academia all skew heavily to the Left.

It’s vital conservatives who give the people an alternative by engaging in the culture fight because as late Andrew Breitbart pointed out, “Politics is downstream from culture.”

This is why the Left wins even when they lose legislatively.