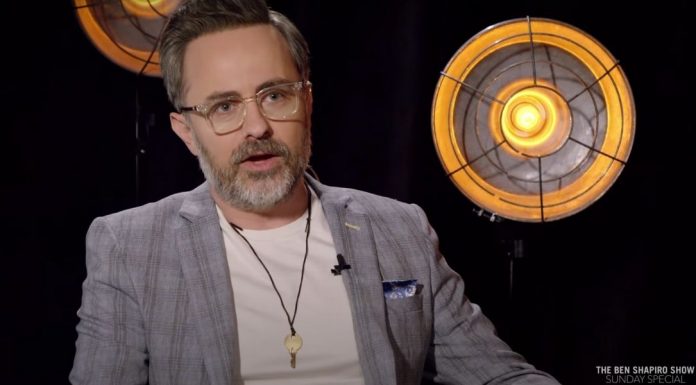 Major corporations like Disney have been exposed as pushers of left-wing politics.

Many are barely even attempting to cater to a wide audience.

But now Disney is panicking after this CEO went on Fox News and dropped a bombshell.

A conservative company is fighting back against Disney’s wokeness with one bold move.

Conservative outfit the Daily Wire is slowly developing a media empire to combat the “woke” entertainment companies that are openly pandering to the Left.

Hollywood has leaned liberal for a long time, but the film and television industry is increasingly hostile to conservatives and Americans with traditional values.

Disney made that abundantly clear when executives openly said they plan more radical left-wing indoctrination of kids by putting more “queer” content in their children’s entertainment.

That’s where the Daily Wire is stepping in to counter-program “woke” Disney.

Boreing is not exaggerating.

Disney executive producer Latoya Raveneau admitted as much during a virtual town hall.

She said, “Our leadership over there has been so welcoming to like, my like, not-at-all secret gay agenda… I was basically adding queerness to the show, if you see anything queer in the show, ‘The Proud Family,’ nobody would stop me and nobody was trying to stop me.”

SCOOP: I've obtained video from inside Disney's all-hands meeting about the Florida parental rights bill, in which executive producer Latoya Raveneau says her team has implemented a "not-at-all-secret gay agenda" and is regularly "adding queerness" to children's programming. pic.twitter.com/eJnZMpKIXT

And it’s far from just mid-level execs at Disney who are fully-onboard with the Left’s radical agenda for children — Disney CEO Bob Chapek is all-in on it.

NEW: Disney CEO Bob Chapek grovels, apologizes, and pledges to "be a better ally for the LGBTQ+ community." He delegated the company's moral authority to the "LGBTQIA+ Advisory Council" and now those internal activists have taken him as an ideological hostage. pic.twitter.com/efOSOmb47a

For the parents who aren’t eager to have their kids watch shows chock-full of “queerness,” they now have an alternative.

Boreing added, “The Daily Wire is trying to… build those alternatives. Americans have a lot of economic might; they just don’t have anywhere to put that economic might…We end up having to give our money to the same corporations who are opposed to us because they’re the only game in town. I’m tired of this nonprofit mentality that’s permeated the Right for the last generation, that says all we can do is lose, complain, and beg for donations. That’s nonsense. We can build alternatives.”

The Daily Wire is building a roadmap for others on the Right to fight back in the culture wars.

The company is producing and distributing feature films, and even started a razor company, Jeremy’s Razors, to compete with Harry’s Razors, which publicly ended its sponsorship with the Daily Wire over its conservative views.