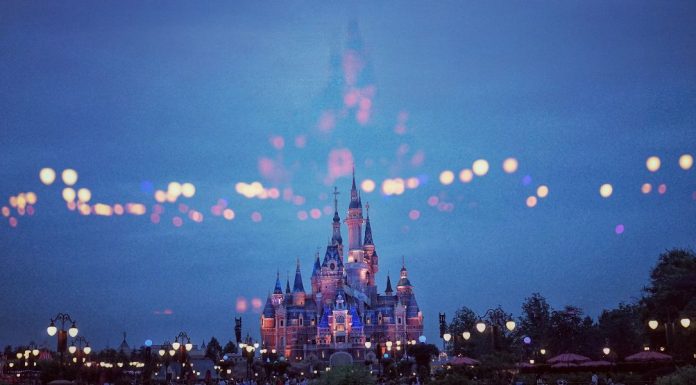 That left a vacuum for Barstool Sports and its founder “El Presidente” Dave Portnoy.

So why is Disney jumping for joy after he got owned in this fight with one top conservative?

Portnoy and Disney both got owned

Portnoy and Disney are both regretting fights they picked with conservatives.

But while many seemed to have moved on from Disney’s “don’t say gay” fight with Florida Governor Ron DeSantis, Dave Portnoy just did one thing that left his fanbase in stunned silence.

And that’s good for Disney-owned ESPN, which Barstool has been stealing market share from for years.

But now, the idea of “barstool conservatism” in sports media is dead, and Dave Portnoy killed it.

Portnoy was never a rock-ribbed conservative, but he was willing to call out the establishment Left and not pander to the “woke” mob like so many other high-profile individuals.

Completely beholden to a degenerate-dependant corporation

But ever since gambling company Penn National bought a stake in Barstool for $500 million, Portnoy has suddenly fallen in line with the Left.

Portnoy recently criticized anti-establishment performance artist Alex Stein, who has quickly built a brand by trolling politicians of both parties in person, and at city council meetings.

Whitlock said on his show, “Barstool’s Twitter feed posted a hilarious video of Stein trolling members of the Las Vegas City Council. Within hours, Barstool deleted the post. Stein called out Barstool’s cowardice, tweeting, ‘It’s so cute that Barstool Sports is owned by Stool Presidente who is accused of the most heinous things, but they are too afraid to keep my content up.’”

Portnoy was embroiled in a #MeToo scandal when he was accused by girls in their early 20s of sexual misconduct.

No criminal charges were filed, but the allegations were enough to damage Portnoy in the court of public opinion.

Whitlock put Portnoy in his place

Whitlock continued, “Portnoy struck his tough-guy pose, responding: ‘Buddy shut the f*ck up. We are owned by a gambling company. We’ve had roughly 9,000 training sessions not to post sh*t like this cause regulators don’t like it…Go back to whatever hole you crawled out of.’ Via DM, Portnoy offered to have Stein on a podcast, but quickly changed course. Portnoy is a fraud. He has no core values. No defined set of beliefs. He has no redeeming qualities other than his wealth. Remove his money, and he wouldn’t have a friend in this world.”

Portnoy lost many supporters when he went on an insane rant about abortion after the Dobbs decision that overturned Roe v. Wade.

Nobody expected Portnoy to be pro-life, but he sounded indistinguishable from a rabid, “woke” leftist.

Portnoy fumed, “At what point do you look at the Constitution and say, ‘Hey, this was written by people who had slaves?’ Maybe not everything is exactly to a T in the Constitution. Like, a million years from now, you’re going to use a document written in…? It’s just nuts. In what world? The world evolves. People evolve. Technology evolves. You gotta evolve. You can’t stick with this document and look at that and be like ‘that’s the end-all, be-all.’ It’s literally crazy pills.”

Portnoy claims to be a common-sense centrist, but calling for the abolition of the Constitution puts him in league with the wokest of the woke Left.

Penn National is now slated to take 100% ownership of Barstool, so expect “El Presidente” to be even more on-narrative in the future.