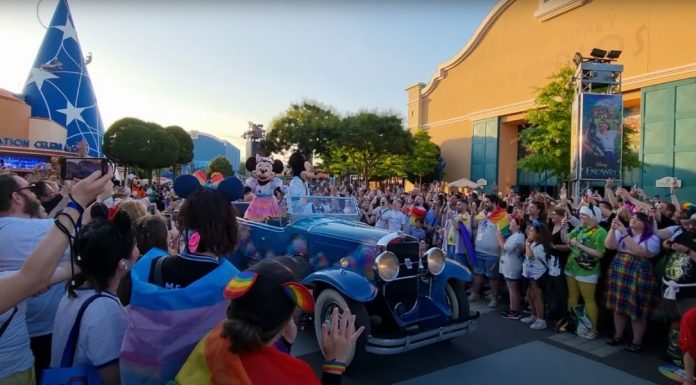 Disney has been in a state of flux.

The company decided to get involved in the culture wars, and paid the price.

Now one Disney executive who opposed Ron DeSantis got some bad news.

Disney joined the spate of companies that thought it was a good idea to go completely “woke.”

The move did not work, as even a majority of Florida Democrats supported the legislation, which merely prohibited classroom discussion about sexual orientation and gender identity in kindergarten through third grade.

The dust-up over the law caused internal strife at the company.

And one of the executives who obliquely pressured CEO Bob Chapek to intervene against the legislation is out at the company.

When Chapek originally decided to stay out of the Florida controversy, Rice publicly stated, “Personally, I see this law as a violation of fundamental human rights.”

The Hollywood Reporter wrote that “the fallout over Chapek’s initial position on Florida’s so-called ‘Don’t Say Gay’ legislation, which was to not take a position, added to the growing unease within Disney and in the creative community about Chapek’s leadership. He is known as a top-down manager, more of a talker than a listener. ‘It’s funny how many people have said to me, “It’s such a giant mess, but I’m not surprised,”’ says another longtime Disney insider. ‘That’s part of what makes it difficult to recover from.’”

Chapek ultimately caved to the pressure from progressives within the company and spoke out against the Florida law.

DeSantis has not been afraid to take on “woke” corporations that attempt to bully politicians.

Prior to signing the bill, DeSantis said of Disney, “I… think that you have companies like a Disney that are gonna say and criticize parents’ rights, they’re gonna criticize the fact that we don’t want transgenderism in kindergarten and first grade classrooms. If that’s the hill that they’re gonna die on, then how do they possibly explain lining their pockets with their relationship from the Communist Party of China? Because that’s what they do, and they make a fortune and they don’t say a word about the really brutal practices that you see over there at the hands of the CCP.”

Chapek made the fundamental mistake of caving to the move, and it has led to turmoil within his ranks.