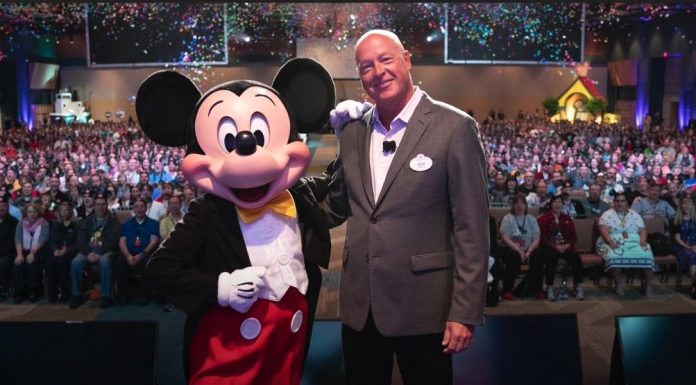 Many of the problems arose from wading into politics.

And Disney’s boss got knifed between the shoulder blades by the last person he expected.

Disney CEO Bob Chapek has been getting pummeled from all sides.

“Woke” employees inside the corporation led a rebellion, which coerced him into picking a fight with Florida Governor Ron DeSantis that did not go well for Chapek.

Now Chapek is being criticized by the man who previously held his job, Bob Iger.

“Ex-Disney boss Bob Iger is still reportedly unhappy about the way the Mouse House handled his exit and considers naming current CEO Bob Chapek as his successor one of his ‘worst business decisions.’ Iger, who stepped down as Disney CEO in early 2020 just before the COVID-19 pandemic hit, came to regret his decision as the scope of the challenge facing the company became clear, according to the report… While the succession plan called for Chapek to report to both Iger and the Iger-led Disney board, their relationship soured quickly. The two executives reportedly disagreed on several key elements of Disney’s business — including how the company should be structured internally, its handling of political matters and its response to the COVID-19 pandemic.”

Iger was an outspoken liberal who toyed with running for President as a Democrat, while Chapek instinctually wanted to steer clear of politics.

One former Disney executive explained, “He said he was tired of being harangued about [succession] and said, ‘Fine, you guys have someone else run the business’… He greatly regretted it as soon as COVID hit.”

Disney has trended in a “woke” direction, which has alienated longtime fans of the family-oriented company started by traditionalist Walt Disney.

Chapek originally did not intend to discuss the bill, but far-Left activists within the company insisted.

“When Disney faced criticism for remaining silent over Florida’s ‘Don’t Say Gay’ legislation, Iger publicly contradicted his replacement — noting on Feb. 24 that he agreed with President Biden’s stance that it was a ‘hateful bill.’”

Chapek only later launched a campaign against the piece of legislation, but DeSantis was steadfast.

DeSantis replied, “I also think that you have companies like a Disney that are gonna say and criticize parents’ rights, they’re gonna criticize the fact that we don’t want transgenderism in kindergarten and first grade classrooms. If that’s the hill that they’re gonna die on, then how do they possibly explain lining their pockets with their relationship from the Communist Party of China? Because that’s what they do, and they make a fortune and they don’t say a word about the really brutal practices that you see over there at the hands of the CCP.”

Chapek’s initial instincts turned out to be right as a majority of Democrats in the state agreed with the modest bill.

But Chapek of course fell in line with Iger and bent the knee to the woke mob inside of Disney and the company has suffered financially as a result.

Disney is currently in the midst of an identity crisis.

The company has traditional roots, but radical invaders want to put their far-Left stamp on it.