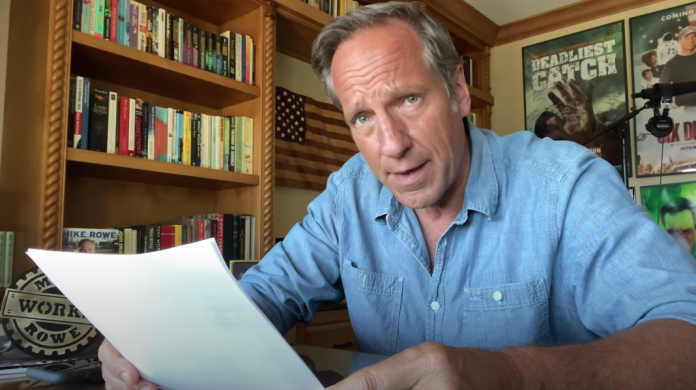 Mike Rowe, the host of Dirty Jobs, has surged in popularity among Trump supporters for his longtime advocacy of hard work, saving, and making an honest living.

He’s one of the few celebrities in Hollywood who remains in touch with everyday Americans and isn’t a radical social justice warrior.

But the Left may try to end his career now that Mike Rowe is exposing the dirty truth about higher education.

The show follows Mike as he does jobs that often do not require a college degree or aren’t looked on favorably by many young people and require hard work.

The purpose is to highlight different careers that don’t require attending a four year university, and encourages viewers to find a different path so they don’t have to go broke earning a degree.

This has earned him a great amount of respect and a massive fanbase.

But his most recent statements made while being interviewed by Dave Rubin may lose him fans among the radical Left.

Rowe launched a full assault against the absurd cost of a college education, saying, “Two weeks ago, I watched on YouTube a lecture from MIT for free, the same lecture that would have cost X thousands of dollars, right? So, I think when the dust settles, higher education is going to be revealed for the luxury brand that it truly is . . . a breathtakingly overpriced product.”

Rowe is correct to attack the high costs of a college education.

A four year degree has dramatically increased in cost while somehow managing to lose a tremendous amount of value in the job market.

More employers are considering applicants without college degrees since they have become so expensive.

It’s no secret that college campuses have been completely taken over by socialist professors and the real “education” students are receiving leaves a lot to be desired from graduates.

Should students consider Mike Rowe’s message and look for alternative careers that don’t require going into thousands of dollars of debt?