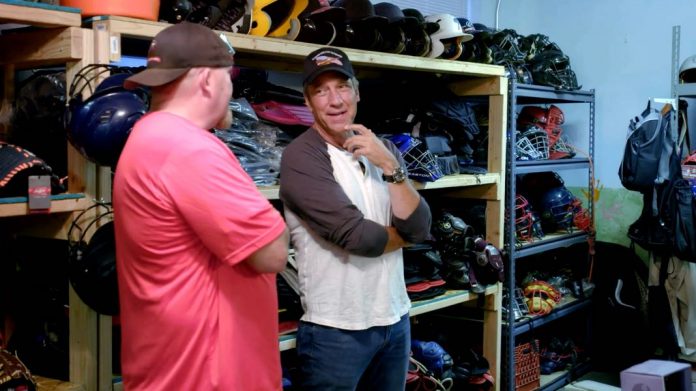 The United States economy is spiraling downward, and there appears to be no fix in sight.

Americans are feeling the pinch in their wallets and are becoming increasingly frustrated with the Biden administration and the clear mishandling of the situation.

And American workers face a reckoning after Dirty Jobs legend Mike Rowe just went on Fox News and issued a sober warning that will leave you speechless.

Mike Rowe has become synonymous with the working class and his hit shows like Dirty Jobs have made him beloved by people worldwide.

Rowe is a fierce defender of trade schools and continues to sound the alarm about the pitfalls of putting far too much emphasis on a college education.

During a recent interview with Stuart Varney on Fox News’ Varney & Co. Rowe reacted to the recent data released by the Labor Department, which showed that 4.5 million Americans either quit or changed their job last November.

“This is a conversation about our workforce and the imbalanced nature of it and the way that’s going to impact every single American who shares my addiction to smooth roads, indoor plumbing, affordable electricity, and so forth,” Rowe stated.

The most recent job loss report comes on the heels of an October report that showed there were 11 million job openings in the country, which is almost a record high.

“I’ve heard from the energy industry, the flooring industry… the restaurant industry, the cable, and broadband industry, they are all struggling with the same basic problem,” Mike Rowe continued.

The problem, Rowe says, is making a case for those job opportunities that are open within the blue-collar industries.

“We need to explain to kids that working with your hands, learning a skill that’s in demand can still lead to prosperity,” the “Dirty Jobs” host continued.

Society has spent so long focusing on college educations and how that’s the only way to get a “good job” that the trade industries are suffering greatly, which will undoubtedly hurt all Americans.

“It can’t be higher education, and everything else is some vocational consolation prize. We need to set the table fairly,” Rowe said. “We need to do a better job globally of shining a light on [skilled labor] stories.”

Mike Rowe is the only celebrity voice out there speaking the truth about skilled laborers and the need for more of them.

Many of the “conveniences” Americans have come to know, and love will cease to exist if something doesn’t give soon in the trades.