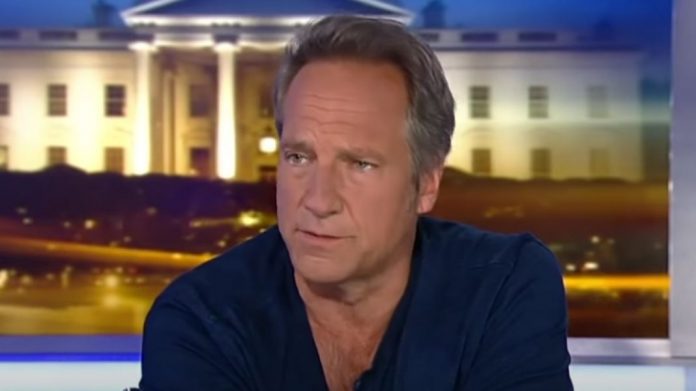 And the “Dirty Jobs” host’s take on one cultural phenomenon is painfully—and hilariously—true.

It turns out there’s a lot going on with “Let’s Go, Brandon,” and most of it’s based on what’s not being said.

Mike Rowe is a modern philosopher.

The legendary reality show host makes it impossible for you to un-think what he said—and that’s ok because you won’t want to.

When he was asked if “Let’s Go, Brandon” represents a “coarsening of culture” Rowe’s answer was brilliant.

“The times that we’re living in right now are forcing lots of people on both sides of the aisle to look at a thing or hear a thing and be told that what they’re seeing and what they’re hearing is not real,” Rowe said during a podcast episode.

“And you can’t do that to people indefinitely and expect them not to push back somehow. You can’t tell people that the border is secure and then show them images of 10s of 1000s of people flooding over,” He added, “You can’t tell people that the evacuation of Afghanistan was a success, and then show them people falling off of a plane. You just can’t do that.”

Then he added, “You can’t ask people who are watching a NASCAR race at home, who clearly hear the crowd yelling at Joe Biden, to pretend that what they’re really hearing is, “Let’s go, Brandon.”

He concluded by saying, “I think this is the perfect trope. I don’t think people who yell it are necessarily enemies of the President. I think they’re enemies of being told that what they’re seeing and what they’re hearing isn’t real, that it’s somehow a figment of their imagination.”

Rowe’s podcast Producer, Chuck Klausmeyer, chimed in saying, “Now people have found a way to say the same thing without being coarse or crass. And I think that is what makes it really funny.”

Rowe said, “Yes, it’s hysterical. Because we’re doubling down on the lie.” He added, “Okay, if you’re going to tell me that what I’m really hearing is ‘Let’s Go Brandon,’ then I will live with that.”

Ultimately, Rowe says Americans have found, “A way of saying exactly what you want to say. Without saying anything close to what you mean. And yet you’re still understood.”