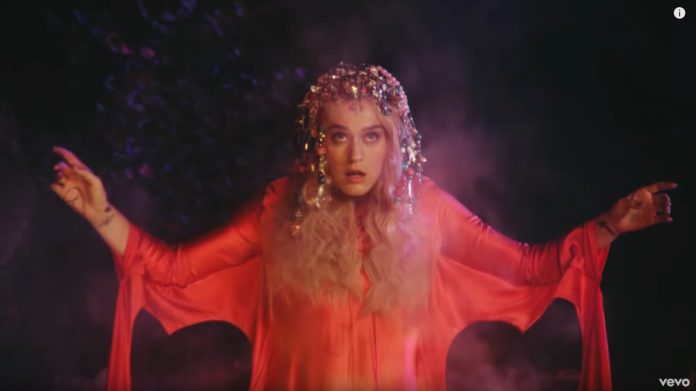 Hollywood celebrities have long been used as political pawns.

But the propaganda being spouted by millionaire entertainers has become too much to stomach.

And Democrats recruited celebrities to push one radical policy agenda.

Hollywood has essentially become the entertainment wing of the Democrat Party.

Any celebrities who are not left-wing have to tread carefully lest they find themselves blacklisted.

Conservative actor James Woods was dropped by his agent because of his political tweets.

But leftists in the current political climate fear no such backlash.

And English actor Orlando Bloom and pop star Katy Perry – who have dated for years and have a child together – appeared in an ad urging people to pressure their Senators to support the so-called “For The People” Act, a radical Democrat proposal that would nationalize election laws.

In the ad, Bloom and Perry send a transmission from a dystopian future, urging citizens of 2021 to call their senators and save the world from . . . people having to show their ID in order to vote?

The video is even more cringeworthy than it sounds, and currently has an 81% dislike ratio:

First, the video is so cheesy, it’s hard to tell if it’s intentionally funny.

If so, it seems odd to want the target audience to laugh at the supposedly serious message trying to be sent.

Second, it’s unclear if Bloom has U.S. citizenship, so he wouldn’t be able to vote if he doesn’t.

Third, the idea is ridiculous because the overwhelming majority of countries require IDs to vote.

And if any side of the aisle is an authoritarian threat, it’s the side that’s trying to police language, indoctrinate kids, confiscate wealth, and institute “red flag” laws.

The Democrats are also itching to turn the Patriot Act onto American right-wingers.

And in another bit of irony, in Bloom’s native country, British citizens can be arrested and impressed for mean comments on Twitter.

If that isn’t authoritarian, then nothing qualifies.

Thankfully, the so-called “For the People” Act failed to reach the 60-vote threshold in its first Senate vote.

Not even the squishy Republicans supported it.

But the Democrats pulled out all the stops in an attempt to ram through the radical policy.