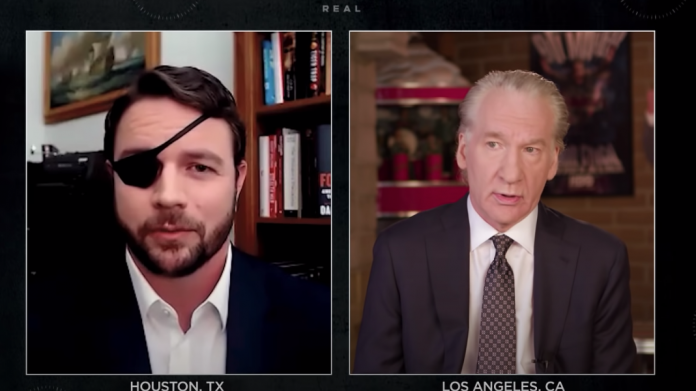 They have gone so far into insanity that even one of their biggest mouthpieces is now abandoning the Left.

But Democrats never expected this liberal icon to totally drop the gloves in this must-see interview.

Leftism has always been a political movement built off of lies and a steady supply of stupid people.

Just look at how the Left has embraced the idea that a guy can be a girl and a girl can be a guy.

Biden’s now rammed it down our throats, picking people like Sam Brinton.

Brinton — who is a self-proclaimed non-bianary kink advocate.

This is the end goal of the Left’s push for gender dysphoria to run our nation’s nuclear waste management.

This guy is now in charge of America's nuclear power plants. Meet Sam Brinton, Biden's latest hire for the Department of Energy. pic.twitter.com/yRxtzod7cC

Another example of the insanity of the Left is with COVID tyranny.

They pushed, with the direct help and obedience of many Republicans, COVID rules that made absolutely no sense and did nothing but cripple our freedoms and make more people slaves of the welfare state.

Today, Biden announces an extension of the mask mandate on airplanes. Yesterday, Harris boards Air Force 2 without a mask. pic.twitter.com/zR2ICbYPnS

But one leftist icon is seeing just how far into insanity his once-beloved political movement has gone.

Bill Maher has never been an ally to Conservatives.

Over the past decade, he has used his massive presence and influence to attack Conservatives — including favored target Donald Trump.

But Maher is attacking the Left for being too extreme now.

Maher explained why in a jaw-dropping interview with Ben Shapiro.

Maher told Shapiro that “I haven’t changed at all. My politics hasn’t changed. They’ve changed letting three-year-olds decide what gender they are, this wasn’t something five years ago.”

Bill Maher says "I haven't changed at all. My politics hasn't changed. They've changed," adding "letting three-year-olds decide what gender they are, this wasn't something five years ago" pic.twitter.com/p5ufRLmFsp

“Letting 3 year olds decide what gender they are. This wasn’t something 5 years ago. Free speech used to be a left-wing thing that we were proud & owned & now that seems to be under attack,” Maher continued.

“Letting 3 year olds decide what gender they are. This wasn't something 5 years ago. Free speech used to be a left-wing thing that we were proud & owned & now that seems to be under attack.” – @billmaher to @benshapiro on how the left has radically changed over the past few years pic.twitter.com/iYbyjUhOKa

It’s amazing to see in real time the Left go so far down the crazy train that even their once iconic symbols like Bill Maher have to explain why they’re turning on their insanity.