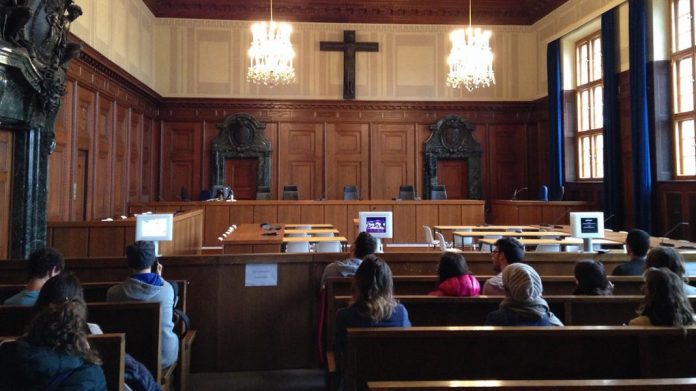 America was built on Christian values.

But the Democrat Party wants to obliterate those values more than anything.

And the Democrats just outright admitted they hate God with their latest sick attack on Christianity.

When witnesses testify before Congress, it has been a long-standing tradition to have them swear in and finish their oath with the words “so help me God.”

But the Democrat Party appears to have taken issue with that and stopped adding those words when swearing in witnesses.

The change was confirmed by Rep. Jarred Nadler, who heads the House Judiciary Committee and simply responded saying, “we do not have religious tests.”

Democrats controlling the U.S. House of Representatives have removed “so help me God” from the oath witnesses take before testifying before several of the committees they control, months after backing down from a proposal from one committee to strike the phrase.

“I think God belongs in religious institutions: in temple, in church, in cathedral, in mosque — but not in Congress,” Rep. Steve Cohen (D-TX), chair of the House Judiciary Committee’s Subcommittee on the Constitution, Civil Rights and Civil Liberties, explained, the New York Times reported last month. He claimed that Republicans’ support for the longstanding language constituted “using God,” and “God doesn’t want to be used.”

“We do not have religious tests,” declared Rep. Jerrold Nadler (D-NY), chair of the Judiciary Committee.

There is no way to ignore the Christian roots of the United States of America.

The Founding Fathers were strongly religious men and their Christian faith was a major influence on them in writing our founding documents.

But Democrats want to remove religion from everything they can.

Every day Christians are attacked for their religion, including young kids in their schools being told they can’t pray.

The Left is waging full-on war against Christianity, while bending over backwards for those who practice other religions, or none at all.

Do you think there is a war on Christianity?