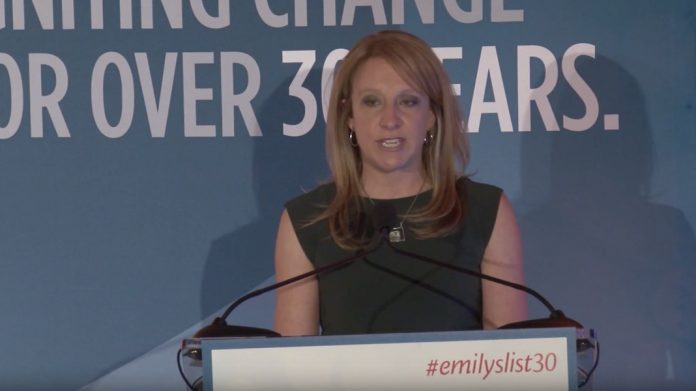 Extremists have completely taken over the Democrat Party.

And now we know the most concerning element of their agenda.

That’s because Democrats just issued a threat to all men that could completely destroy the political process in the United States.

The Democrat Party recently hired a new woman as their Executive Director.

In a post on social media, Lucinda was asked, “Anyone else having the feeling that maybe we shouldn’t let boys run for office anymore”?

And it appears she is not backing down from the statement.

The official stance of the DCCC is to stop all male candidates from running for office.

Lucinda Guinn, a former executive at pro-abortion fundraising giant EMILY’s List, was named executive director of the embattled Democratic elections organization. The news comes as a blow to male Democrats, as Guinn has indicated on social media that she does not want men to run for office.

In a February tweet, Guinn appeared to agree with another user’s proposal that “we shouldn’t let boys run for office anymore.”

The idea was initially raised by liberal think tank Third Way’s senior vice president, Lanae Erickson, who asked, “Anyone else having the feeling that maybe we shouldn’t let boys run for office anymore?”

Ultimately, this is exactly what the radical LGBT activists and feminist extremists want.

They don’t want to be inclusive or achieve equal rights.

All they want to do is to obtain power and destroy any and all influence men have over the political process.

Now it appears to be the official policy of the Democrat Party.

If the Democrats were wise, they would fire Lucinda Guinn immediately in order to not alienate every single male voter in the country.

But it appears they are digging their heels in and will continue to drive the party further left.

What do you think? Should Democrats fire Lucinda Guinn as the Executive Director?