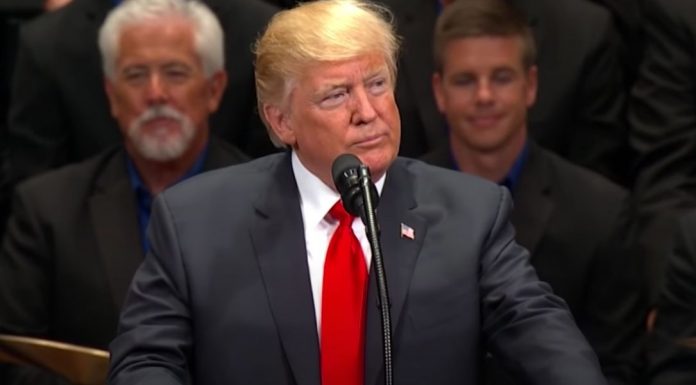 President Trump has been criticized and ruthlessly attacked by Democrats for his handling of the coronavirus.

And often they have used claims by so-called “medical experts” from the World Health Organization to support their attacks.

Now Democrats are in shock as a World Health Organization Official agreed with President Trump on this key issue.

Ever since the first case of coronavirus was reported in the United States from China, Democrats have done everything they can to use the virus as a tool to hurt President Trump.

Ignoring the fact that many like Joe Biden and Nancy Pelosi were against lockdowns at the beginning, many on the Left have attacked Trump for refusing to enforce a national shutdown

President Trump has said numerous times that shutdowns will do more harm than good when battling the coronavirus.

And finally World Health Organization officials are agreeing with Trump on the effects of shutting down whole economies.

Dr. David Nabarro, one of the leaders of the WHO’s response to coronavirus, said in an interview, “We in the World Health Organization do not advocate lockdowns as the primary means of control of this virus.”

Dr. Nabarro continued, “The only time we believe a lockdown is justified is to buy you time to reorganize, regroup, rebalance your resources, protect your health workers who are exhausted. But by and large, we’d rather not do it.”

As to why lockdowns shouldn’t be used to control coronavirus, Dr. Nabarro explained:

Just look at what’s happened to the tourism industry in the Caribbean, for example, or in the Pacific because people aren’t taking their holidays. Look what’s happened to smallholder farmers all over the world because their markets have got dented. Look what’s happening to poverty levels. It seems that we may well have a doubling of world poverty by next year. We may well have at least a doubling of child malnutrition. This is a terrible, ghastly, global catastrophe, actually. And so we really do appeal to all world leaders: Stop using lockdown as your primary control method.

You can see Dr. Nabarro’s full interview below:

So all along President Trump was right – lockdowns will cause more harm than good.

Hopefully Leftist Governors across the nation listen to the WHO warnings about government-imposed shutdowns and open their states backup for business.

And hopefully voters consider these comments carefully when they think about Biden calling for nationwide lockdowns to fight the coronavirus if he’s elected in November.