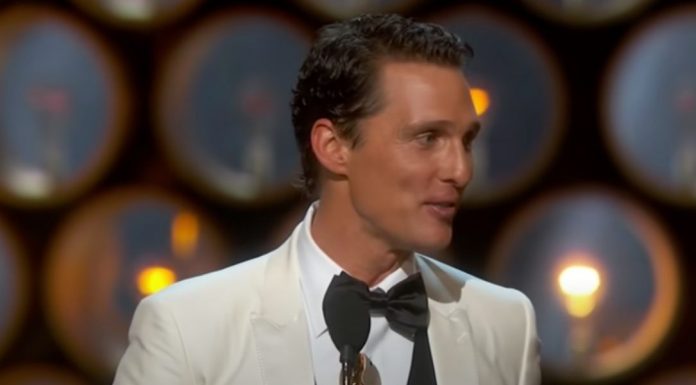 Democrats love celebrities so long as they toe the line.

The ones who do not make the Left nervous or outright furious.

And now Democrats are biting their nails about Matthew McConaughey’s big decision and this past Presidential candidate just showed why.

Academy Award-winning actor Matthew McConaughey has Democrats nervous because he could be eyeing a run for governor of Texas.

Democrats aren’t quite sure where McConaughey stands on the issues, so they’re starting to poke at him.

Failed Senate and Presidential candidate Beto O’Rourke—who’s also considering a run for governor of Texas—noted that McConaughey has not clarified himself on certain positions.

“[McConaughey’s] a really popular figure whose political views have not in any way been fixed…I don’t know, for example, who he voted for in the most consequential election since 1864 in this country…I don’t know how he feels about any of the issues that we’ve brought up.”

McConaughey came under fire from the Left for having conversations with “controversial” figures like Jordan Peterson and calling out the excesses of the radical Left, but McConaughey maintains that he is a centrist attempting to drive down the middle of the road.

“McConaughey said he wasn’t taking many sides of political issues at the moment “on purpose,” instead choosing to focus on discussions of “something larger,” such as the purpose of democracy, and why trust in government is so low…The actor, who has at times bucked conventionally liberal Hollywood, didn’t touch how he felt about abortion in general, saying he’s “been trying to figure how to play God” on that issue, but did say he was uncomfortable with how the new Texas law was implemented.”

McConaughey has openly talked about his faith and lamented the fact that Hollywood friends have had to stay silent about their Christianity so as not to offend the secular dogma Hollywood demands.

Given that, it’s hard to believe that McConaughey would be on board with the abortion radicalism the Left loves and has made sacrosanct.

They are actively pushing for government-funded abortions up to the point of birth.

Conversely, O’Rourke said “hell yes” he would be coming for Americans’ rifles on the 2020 campaign trail.

O’Rourke also said during a speech in El Paso that he would tear down the existing border barrier.

Beto O’Rourke is way too radical for the state of Texas, but he continues to get national praise from the leftist media for his commitment to the “woke” progressive agenda.

McConaughey won’t reveal yet if he’s jumping in the race or just how much he is, or is not on board with the Left’s agenda, and that has the Democrats squeamish.