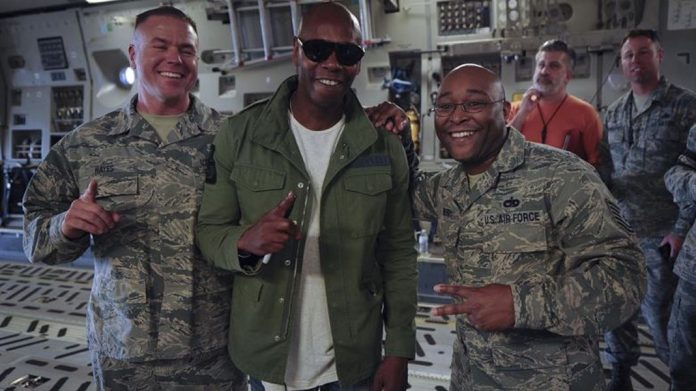 Dave Chappelle’s view that biological sex is real made him an enemy of transgender activists and other progressives.

But now the Left has a whole new reason to call him a villain.

Because Dave Chappelle went to a city council meeting and made one demand that has the Left furious.

Dave Chappelle triggered the “woke” Left again when he showed up at one city council meeting.

Chappelle was long a champion of the Left, hobnobbing with prominent Democrats and advocating for liberal causes, but lately he has been demonized by the Left.

During a Netflix standup special he said that he was “armed to the teeth.”

But more troublesome for the Left are his views on transgenderism.

During his last standup special, Chappelle declared himself “Team TERF,” a term that means Trans-Exclusionary Radical Feminist – the term is used as a pejorative by the transgender extremists to attack their ideological opponents in the feminist movement.

Now Chappelle has angered the Left by appearing at a city council meeting in Yellow Springs, Ohio, where he lives, in order to oppose the development of low-income housing in his neighborhood.

Chappelle said he would pull his $65 million investment in a restaurant and a comedy club from the community.

Dave Chappelle personally came to a city council meeting and threatened to remove his $65m dollars of investments from his city if they allowed a developer to move forward with an affordable housing program. The objection wasn't to the build, but the affordable housing component. https://t.co/3ahCy1KqmN pic.twitter.com/l8MTxhhlJ7

Leftists immediately accused Chappelle of NIMBYism – for his alleged “not in my back yard” objection.

Although a source close to Chappelle told The Daily Mail, “the developers rushed the project, and got a sweetheart deal with the council that was not properly vetted. It doesn’t even include affordable housing.”

Other opponents of the project highlighted concerns over traffic because the area was only designed for a two-lane country road.

Whatever the rationale, the incident was chum in the water for leftists who now hate Chappelle.

But like with the COVID “rules for thee and not for me,” prominent liberals have been busted for NIMBYism–pushing things on their neighbors that they oppose in their own backyards.

During Hillary Clinton’s tenure as a U.S. Senator for New York, both she and Chuck Schumer opposed wind turbines being built in The Empire State despite pushing “green” energy on the rest of the country.

Los Angeles Congresswoman Maxine Waters — who represents South Central but lives in the posh neighborhood of Hancock Park — blocked the development of a drug treatment facility near her $4.3 million mansion.

The Left have branded Chappelle a “transphobe” even though he was friends with a transgender comedian.

He simply refuses to bend the knee to the “woke” mob.

Chappelle made a wise move avoiding the big Democrat power centers of New York and Los Angeles and Washington, D.C.

He chose to live in a small community in Ohio so he doesn’t have to deal with the “woke” Left’s nonsense.

After his comments and those of other residents the Yellow Springs Council voted down low-income housing as part of the project.