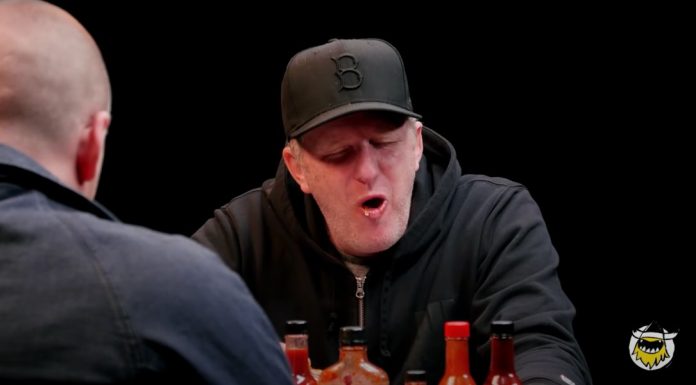 Some members of the Left might have actual brainworms eating away at their gray matter.

And Dan Bongino just triggered a Hollywood actor into saying something to Trump supporters that will make your blood boil.

The Department of Justice crossed the Rubicon and raided the home of Donald Trump.

President Joe Biden and Attorney General Merrick Garland refuse to apologize after the DOJ’s jack-booted thugs went to Mar-a-Lago, raiding not only the home of the former President but even rifling through Melanie Trump’s closets.

This escalation in the political arena is unprecedented.

And while members of the Right are explaining the danger of this move, leftists are predictably celebrating.

And one of the celebratory liberals was actor Michael Rapaport, who urged people to watch Fox News and laugh at Fox contributor Dan Bongino and the other hosts.

I think you can say @MichaelRapaport is enjoying this very much pic.twitter.com/S9dcudYmCV

Democrats like Rapaport may be gloating, but they don’t realize how destructive this FBI raid was.

Trump broke the news and explained how this was no different than the behavior seen in banana republics.

“These are dark times for our Nation, as my beautiful home, Mar-A-Lago in Palm Beach, Florida, is currently under siege, raided, and occupied by a large group of FBI agents. Nothing like this has ever happened to a President of the United States before. After working and cooperating with the relevant Government agencies, this unannounced raid on my home was not necessary or appropriate. It is prosecutorial misconduct, the weaponization of the Justice System, and an attack by Radical Left Democrats who desperately don’t want me to run for President in 2024, especially based on recent polls, and who will likewise do anything to stop Republicans and Conservatives in the upcoming Midterm Elections. Such an assault could only take place in broken, Third-World Countries. Sadly, America has now become one of those Countries, corrupt at a level not seen before. They even broke into my safe! What is the difference between this and Watergate, where operatives broke into the Democratic National Committee? Here, in reverse, Democrats broke into the home of the 45th President of the United States.”

As for Rapaport, this is his latest attempt at staying relevant.

Not long ago, he was ranting about societal decay and the loss of law and order in New York.

Michael Rapaport caught a shoplifter in the act today in a NYC Rite Aid 😂 pic.twitter.com/rQKvG4R9Nk

Rapaport was even attacked by a leftist in the middle of a rant about cancel culture.

Rapaport doesn’t even realize that he’s contributing to the problems he complains about by cheering for a political raid on the leader of the opposition.

He was celebrated by the Left for taking crude shots at Melania Trump, but also got smacked down for critiquing pop star Ariana Grande.

One a moment of poignancy on election night 2020, he warned against demonizing people who voted for Trump, explaining, “[I]f you think the simple reason why they’re voting for Donald Trump is because they’re racist, or they support racists, or they’re okay with racism, you’re a dumb f***. Stop generalizing people…”

But apparently Rapaport is back in TDS mode with his latest rant against Trump.

Let’s see if he finds it amusing when Democrats get investigated and held to account for all of their malfeasance.

Leftists will really come unglued if Conservatives prevail in showing the establishment GOP they have two choices – fire the thugs and dismantle the Deep State when they regain power . . . or get marched out of the Republican Party a la Liz Cheney.