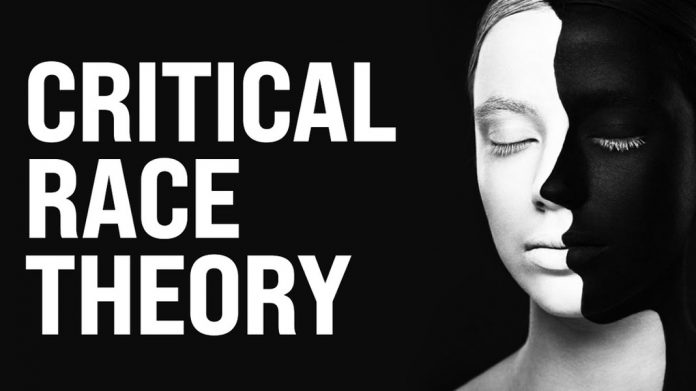 The next minute, the Biden administration is throwing their full support behind CRT.

The fact is, not only is CRT being taught to kids as young as elementary students — new evidence is proving it’s deadly for vulnerable students.

It all started in Fairfax County schools – ground zero for the new parental rights movement in the United States.

You see, her son committed suicide because he felt responsible for all the oppression students of color supposedly face.

Afterall, it was what he’d been taught in the classroom.

“My son Robert took his life because he thought that all of the oppression was his fault,” the mother told school officials.

According to mom, her son was at special risk because of COVID regulation requiring he wear a mask – which, as studies have shown – have made speech development far more difficult for children.

The understandably emotional mom then turned her attention to what was the tipping point for her young son.

“No one wants you to stop teaching black history — but please, don’t do it in a way that makes his life worth any less,” the mom said while on the verge of tears. “My son was not responsible for everyone’s problems. His success does not mean anyone else had to fail. His life mattered, he was important and valued. His emotional disability led him to the conclusion that any success he had, he did not deserve. Robert deserves more. Rest in peace.”

CRT is teaching that American society is irreversibly and systemically racist.

It teaches students that there are two classes of people, the oppressed and the oppressors.

And if you’re white, male and straight, you are the ill of society.

It was this line of teaching that the mother believes led to her son taking his own life.

Some on the Left play word games and say Critical Race Theory is a college credit course, and not being taught in grade school and high school.

Others openly admit it’s part of the school curriculum and applaud the efforts.

In fact, they say anyone who opposes it is racist.

Did that mother sound racist in her testimony?

Or, did she sound like a reasonable mom in emotional agony over the loss of her son – a loss that never should have happened?