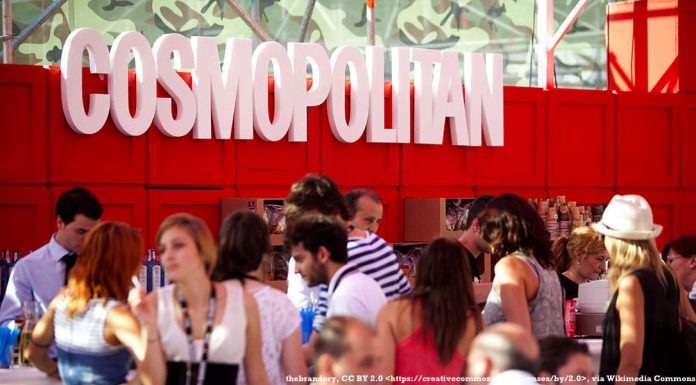 It seems that the monthly fashion and entertainment magazine, Cosmopolitan (Cosmo), is making some pretty outrageous health claims and they’re sparking quite the social media outrage.

The cover of the February 2021 UK Cosmo features a morbidly obese woman and proclaims, “This is healthy!”

Yes, you read that correctly.

The left-wing publication is claiming that morbid obesity isn’t a health issue and that there is nothing wrong with carrying extra weight.

These are the same people that claim we must “follow the science” when it comes to COVID.

According to the Center for Disease Control (CDC), obesity, which Cosmo is promoting as healthy, is a condition that puts adults of any age at an increased risk of illness from COVID-19.

Well, science has for years told us that obesity causes diabetes, heart disease, high blood pressure, and a host of other medical issues that could be prevented if a healthy weight is maintained.

So, why now has the Left decided that their science says obesity is okay?

What happened to the once celebrated “heroin chic” look of the early ‘90s?  Isn’t uber thin healthy anymore?

Cosmo’s claim is that “healthy” is a loaded word and it isn’t “one-size-fits-all.”

It may not be “one-size-fits-all,” but telling impressionable readers that morbid obesity is acceptable is downright evil.

Twitter users wasted no time attacking the cover and its false claims stating things like “magazines promoting obesity is disturbing” and “I feel like they have to scream ‘This is healthy’ mostly to try and convince themselves.”

Once again, we see the “party of science,” forgoing all truth in favor of what makes them “feel good” at the moment.

Cosmo is doing a disservice to their readers and, as the Left does, trying to brainwash everyday people into thinking this is the “new normal.”

There is no such thing as one perfect weight or pants size for everyone.

But there is such a thing, scientifically proven, that says 300 plus pounds of fat is not okay for anyone.