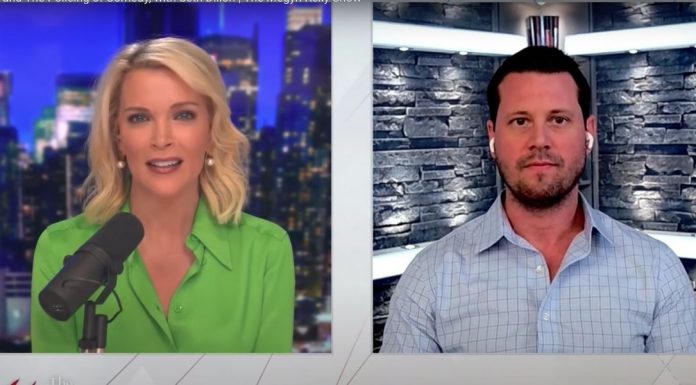 The Left’s decades of domination of the Culture War left many Conservatives and Christians disheartened.

But when Trump changed the game, he sparked a media change that sowed the seeds of victory.

And then a top Swamp Lobby took this jaw-dropping act of revenge after Conservatives and Christians notched a major win.

The right to be snarky has been protected by courts for ages.

Satire has now become the final frontier of free speech.

And in recent years it became one of the clear areas Conservatives began racking up wins with the dominance of the popular Conservative Christian satire site, The Babylon Bee.

The right to be snarky has been protected by courts for ages.

But now one leftist political lobby has gone to war to take down The Babylon Bee.

The Bee is known for taking on almost any public figure and creating a story that’s completely hilarious — partly because there’s so much truth underlying their politically-fired exaggeration.

You’d think the site — which was launched in 2016 as Donald Trump’s MAGA Movement kicked into high gear — would be safe from the censorship police.

After all, everything they produce is tongue-in-cheek.

The site had a bit of fun when they decided to name US Assistant Secretary for Health, Dr. Rachel Levine, as the site’s “Man of the Year.”

“Rachel’s original name is Richard Levine, but he changed it to Rachel for some strange reason a few years ago,” the post read. “Who cares? Who says a dude as accomplished as this can’t be named “Rachel?” This king doesn’t care what people think about him! He often wears a dress, which some people think is weird — but he doesn’t care one bit. Come on! Men in India wear dress-type garments, don’t they?”

But it turns out one powerful group can’t take a joke.

Making fun of gender politics is an unforgivable sin according to Twitter.

“I just received this notice that we’ve been locked out of our account for ‘hateful conduct,’” Babylon Bee CEO Seth Dillon wrote in a tweet.

According to the Big Tech company, even making a wisecrack about someone who “changed” their gender is “hateful conduct.”

And that’s apparently a hill they’re willing to die on.

When Tucker Carlson pointed out that The Babylon Bee was merely telling the truth, Twitter took down his post.

Dillon has refused to give in to Twitter’s demands and delete the tweet.

He told Fox News complying would help the Big Tech company “eradicate objective truth” — and there’s an appeals process that may help get the company out of Twitter jail.

“They may yet reach out to us, because this is starting to generate a little bit of media attention,” Dillon said Monday. “We were trending on Twitter all morning.”

In the end, The Babylon Bee is getting the last laugh as that particular gag is getting far more attention than an average tweet would ever garner.

USA Today, on the other hand, has been pulling its weight according to leftist standards.

The publication included Levine in their 2022 “women of the year” list—and they were dead serious which naturally inspired The Bee’s “Man of the Year” satire piece.

The fact that the transgender lobby has garnered so much power so quickly is a stunning development.

In a matter of a few short years, it’s suddenly become politically correct for a man to displace women in society — as long as they’re willing to play dress-up.