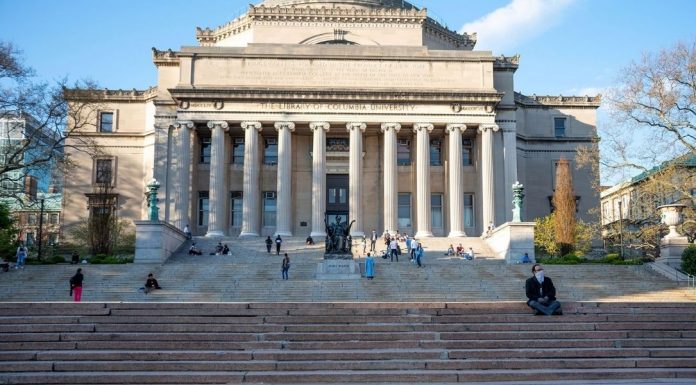 The woke Left seems to be missing the actual definitions of unity and equality.

In their efforts to “do away with” racism and genderism, they’re actually creating splits among various groups of people.

And now, Columbia University is bringing back segregation in the name of equality.

Uber-left Columbia University recently announced that it is planning to hold six additional graduation ceremonies for students according to their race and other aspects of how they identify.

So, what they’re saying is instead of ending racism and discrimination as a whole, we’re going to separate people based on skin color.

I’m not sure this is the kind of equality Rosa Parks and Martin Luther King Jr had in mind.

They’re not stopping at separation by race; they also are now singling out people from the “low-income community.”

Another separate but equal graduation is dubbed “FLI Graduation” – for “first-generation and/or low-income community.”

Of course, in keeping with the woke theme of graduations, they will also hold something called the “Lavender” graduation, which is specifically for the “LGBTIAQ+ community.”

Columbia claims that the segregated events will “provide a more intimate setting for students and guests to gather, incorporate meaningful cultural traditions and celebrate the specific contributions and achievements of their communities.”

Don’t worry, though, because Columbia also announced that they will also hold what they’re calling a more “general” commencement ceremony on April 30, but who is invited to that no one seems to know.

Some assumed that the separation is due to coronavirus restrictions and having to keep the groups small, but Columbia announced that all of the ceremonies will be held online, so there is no need for small groups and social distancing.

Universities are wrong to host these types of ceremonies and identify students by things such as race and income; they only reinforce the idea of inequality and fuel conflicts between races.

But, that seems to be just what the Biden administration wants to happen.

In his first few days in office, Biden’s Department of Education reversed course on a decision that found racially segregated groups to be a form of segregation.

Joe Biden and his cronies are working tirelessly to split the American people by race, gender, and social status so they can better control them.