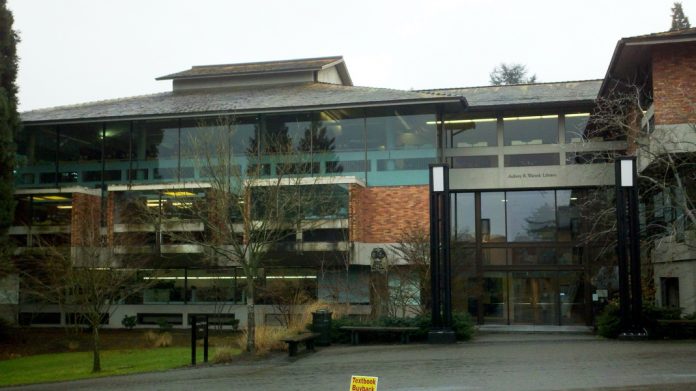 The bigotry of the Left gets more appalling by the day.

The so-called tolerant ones engage in hateful conduct repeatedly.

Lewis & Clark College in Portland, Oregon is in deep trouble after holding a discriminatory seminar.

The school required that students attend a mandatory workshop called “Engage in Racial Justice with Portland’s Race Talks: A Virtual Event” that was segregated by race.

The Foundation for Individual Rights in Education (FIRE) wrote on the matter that providing “differing educational experiences to students on the basis of their race is not only unconscionable but also unlawful.”

The school tried to deny the event was mandatory, but the student orientation schedule had it clearly marked as such, and the event also had a drop-down menu for attendees’ race.

FIRE added, “It is settled law that – regardless of purpose or intent – colleges like Lewis & Clark may not require students to identify themselves by race or ethnicity and then use those classifications to deliver separate educational resources or experiences to its students.”

College campuses have been cesspools of leftist indoctrination.

Other schools across the country have instituted segregated graduations, dorms, recreational centers, and cafes.

The regressive Left is actively re-instituting segregation in 2020, which is insane.

California included a ballot initiative that allowed the use of race in determining employment for state positions and college admissions, but it was soundly defeated at the ballot box.

Despite the victory for freedom, the Left’s persistence in using the state to force-feed equitable outcomes is unrelenting.

Portland has become ground zero for unhinged wokeness in both college and locally.

And street-level violence has become commonplace in Portland.

Rioting took place for over 100 consecutive days, and a Trump supporter was literally hunted and executed by a name who described himself as “100% Antifa.”

They’ve broken out into the mainstream, and they have real-world consequences.

That’s why it’s important for organizations like FIRE to cut them off at the pass whenever possible.

Ironically, Lewis & Clark College was named after two white explorers who were instrumental in westward expansion.

It’s yet to be seen if the college wokesters are intent on changing the schools’ name.