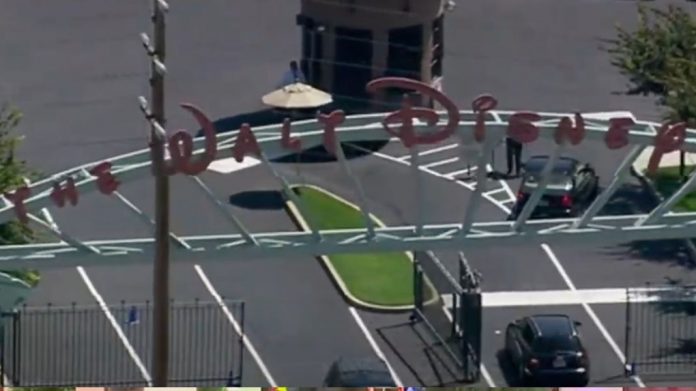 Since his anti-American kneeling stunt, Colin Kaepernick has become a hero to the radical Left.

He has also doubled down in his extremism, even attacking the very notion of celebrating Independence Day in America.

And after that attack, Kaepernick was handed the Hollywood deal of a lifetime.

The entire Black Lives Matter movement is nothing more than an anti-American movement at this point.

While they initially claimed to care about stopping police brutality and racism, which when looking at the actual data, isn’t really a real issue, they have extended far beyond that.

The group’s founder has admitted to being a “trained Marxist,” and promoted many issues far beyond police accountability.

Black Lives Matter’s issues include abolishing the police, eliminating the nuclear family, and the LGBT agenda.

But above all, at this point, their main issue seems to be destroying American history.

Statues to dozens of American icons have been ripped down.

While it all began with Confederate Monuments, they have moved on to taking down statues to American president’s like George Washington and Abraham Lincoln, and even slavery abolitionists like Frederick Douglas.

Kaepernick proved this by attacking America on Independence Day, claiming it is a “celebration of white supremacy.”

“Black ppl have been dehumanized, brutalized, criminalized + terrorized by America for centuries, & are expected to join your commemoration of ‘independence’, while you enslaved our ancestors,” Kaepernick posted on Twitter.

“We reject your celebration of white supremacy & look forward to liberation for all,” Kaepernick added.

These statements seem to be exactly what Hollywood is looking for, because just afterward, Kaepernick was handed a film deal with Disney, in conjunction with ESPN.

Jemele Hill, who ESPN previously bought out of her contract for being too liberal, will produce the documentary that will cover Kaepernick’s life.

“I am excited to announce this historic partnership with Disney across all of its platforms to elevate Black and Brown directors, creators, storytellers, and producers, and to inspire the youth with compelling and authentic perspectives,” Kaepernick said. “I look forward to sharing the docuseries on my life story, in addition to many other culturally impactful projects we are developing.”

It is unclear if Kaepernick will spend much time on his early years, considering that he was adopted by a white family.

But the documentary is sure to be one that paints him as some brave hero, all because he disrespected the U.S. flag.