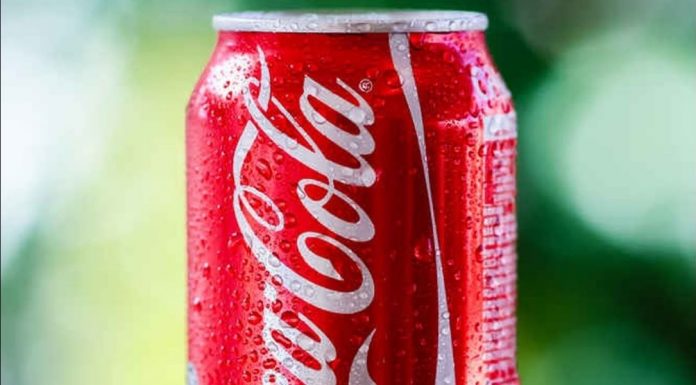 The Left continues to pressure companies, celebrities, and CEOs to be more “inclusive” and embrace a more diverse culture.

If you don’t, they cancel you.

And now, Coca-Cola is under fire after the content of this racist training seminar leaked on the Internet.

Recently, Coca-Cola hosted an alleged diversity training where they urged their employees to be “less white.”

Yes, they actually told them to be “less white.”

Of course, not long after the information was released by a whistleblower and went viral, the material was yanked offline.

The course, entitled “Confronting Racism,” was offered by LinkedIn Education.

One of the slides read in part, “In the U.S. and other Western nations, white people are socialized to feel that they are inherently superior because they are white.”

The slides go on to suggest that to help with this issue, one must “try to be less white.”

There are also tips that tell the employees to “be less oppressive” and “break white solidarity.”

According to the “internal whistleblower,” the course was required for all employees.

Screenshots of the course were sent by the whistleblower to YouTube commentator Karlyn Borysenko.

Borysenko tweeted the information out to the public, and her Tweet garnered some 18,000 retweets and 34,000 likes.

Just this past Monday, LinkedIn stated they had pulled the controversial course, which had been written by sociologist Robin DiAngelo who is the author of “White Fragility.”

“The Confronting Racism course featuring Robin DiAngelo is no longer available in our course library, at the request of the 3rd party content provider we licensed this content from,” said Nicole Leverich, Vice President of Corporate Communications at LinkedIn.

Coca-Cola has denied that the training was mandatory for employees; however, Borysenko says multiple workers told her that it was, in fact, required training.

The response from Coca-Cola regarding the training was, “We will continue to listen to our employees and refine our learning programs as appropriate.”