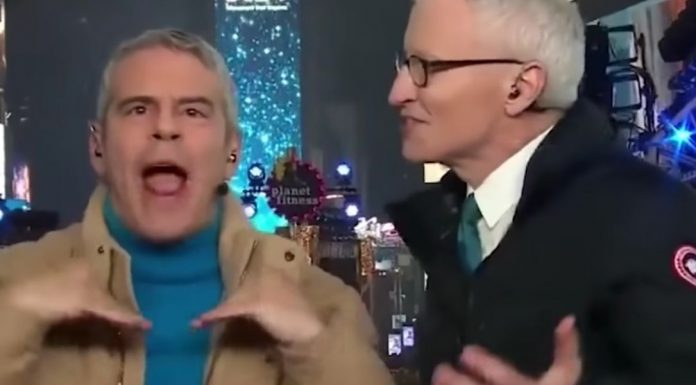 The Fake News Media does whatever it takes to protect their leftist buddies who rule their constituents like tyrants.

But the unthinkable happened live on-air at CNN.

And CNN was struck speechless as this TV star went on a tirade over one would-be Trump challenger.

Fewer bonds are stronger than that of the Fake News Media and leftist politicians.

And in return, the leftist politicians get a free pass on all of their tyranny and constant scandals.

De Blasio – who’s name is actually Warren Wilhelm Jr. – ran against Biden for the Democrat nomination to challenge Donald Trump in the 2020 election.

Thank God the would-be Trump challenger lost because De Blasio was a bigger tyrant than nearly anyone in the nation while in office.

De Blasio just loved to force his will on New Yorkers.

Some welcome signs of life in New York — this city and state have suffered so unnecessarily from the lockdowns of De Blasio and Cuomo. pic.twitter.com/aDjTOqGQ7R

The now former NYC mayor forced the city to lockdown countless times all while he kept doing what he likes.

De Blasio jumped head first into pushing vaccine mandates, enforcing a still in effect vaccine mandate on all private businesses in New York City – one of the strictest mandates in the nation.

It takes effect 12/27, the mayor said on MSNBC. pic.twitter.com/NiOLIcmjFB

So it’s easy to see why countless New Yorkers hate his guts.

And one of those New Yorkers is TV star Andy Cohen.

And unfortunately for De Blasio and CNN, Andy was a little drunk during CNN’s New Year’s Eve broadcast in Times Square.

Andy Cohen took his shot at De Blasio and made a direct hit on live TV.

Andy stated, “Let me tell you something. Watching Mayor de Blasio. The only thing Democrats and Republicans can agree on is what a horrible mayor he has been, so, SAYONARA, SUCKER! 2022! It’s a new year! ‘Cause guess what? I have a feeling I’m going to be standing right here next year, and do you know what I’m not gonna be looking at? Dancing as the city comes apart.”

You could just tell that CNN didn’t know what to do or how they were going to cover this one up.