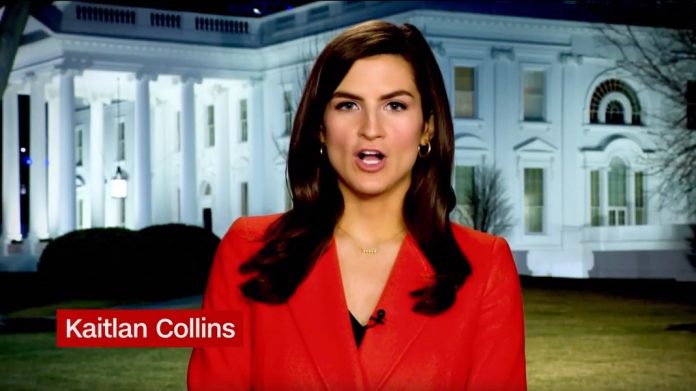 The left is losing their minds over the prospect of abortion coming to an end.

They are even admitting just how disgusting abortion is through their insane arguments.

And CNN just outright admitted the most racist secret about abortion.

Pro-life Americans have a lot to celebrate this week.

And the pro-abortion Left has a lot to be furious about.

That’s because abortion is basically over in the state of Texas at the moment.

A new law, which took effect on Monday, bans all abortions after 6 weeks, and has harsh penalties for anybody who assists in such an abortion.

The law was able to take effect because the Supreme Court declined a case attempting to overturn the pro-life law.

In response, every abortion clinic in Texas has shut their doors.

And another great effect is that the left-wing maniacs at CNN are throwing constant hissy fits on air.

Before even talking to Toobin, Collins outright admitted something about abortion that death clinics like Planned Parenthood don’t want you to know.

About the law, she claimed, “Obviously, who it would predominantly affect are lower-income women.”

They went on to cite that the places most affected in Texas are low-income parts of cities like Houston, which have a much higher concentration of minorities than any other part of the state.

This is by design, considering that Planned Parenthood founder Margaret Sanger’s ultimate goal was eugenics, with her wanting to force “the gradual suppression, elimination and eventual extinction, of defective stocks — those human weeds which threaten the blooming of the finest flowers of American civilization.”

Sanger often promoted her ideas at Ku Klux Klan rallies, where she spoke about using abortion to reduce the black population.

But now her pro-abortion agenda could be coming to an end.

Because while this law taking effect doesn’t officially end Roe v. Wade, CNN stated that it does the same thing in effect.

“This decision has the effect of ending Roe v. Wade without actually performing the ceremony of burial,” Toobin whined.

The way things are going, abortion could end up being outlawed in the not-so-distant future.