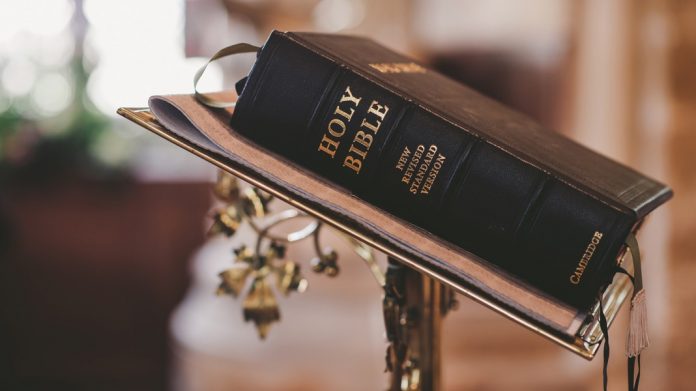 The Fake News Media praised the Huffington Post for their biased antics.

But CNN took it to the next level with this ridiculous attack on the Pence family.

CNN bends over backwards to paint Trump and his administration as “racist.”

Chris Cuomo went on live television to monologue about the President and those around him.

He attempted to make a connection between Karen Pence’s teaching of art to a Christian school to “white power.”

He argued that the President is “quiet” on racism, and since Karen Pence is the wife of Vice President Mike Pence, then she must be a racist bigot herself.

CUOMO: So now Steve King’s hometown paper, “The Des Moines Register,” is calling on him to resign from Congress. But when the White House was asked about the President’s position, we got this.

Cuomo then played a clip in which White House Press Secretary Sarah Huckabee Sanders states: “Steve King’s comments were abhorrent, and the Republican leadership, unlike Democrats, have actually taken action when their members have said outrageous and inappropriate things. I hope that Democrat leadership will follow the very strong and rightful leadership that the Republicans have done over this.”

None is welcome in that message of hate. Still worse, the President’s quiet forces the suggestion that he supports what he fails to oppose. Factor this in. Karen Pence is the wife of the vice president. She’s teaching art at a place where the application requires would-be employees to initial next to a list of beliefs, including certain moral misconduct, [which] includes homosexual or transgender identity as being disqualifying or any other violation of the unique roles of male and female.

Karen Pence, who is completely innocent in this, is being attacked simply because she teaches art at a Christian school.

CNN and the rest of the Fake News Media act as if it is a surprise that a Christian school would have Christian standards for its students and faculty.

But the fact that they would then try to make her seem as if she is somehow complicit with “white power” is just plain wrong.

CNN won’t pass up on any opportunity to smear anyone connected to Trump and his administration.

They will even eat their own to oppose Donald Trump.

Popular music artist Kanye West came under fire from the “progressive” left for simply having a meeting with President Trump.

As we reported, they even said he is “what happens when negroes don’t read.”

For a news channel that constantly accuses others of racism, they promote quite a bit themselves and play the race card far too often.

Do you think Chris Cuomo should apologize to Karen Pence? Let us know what you think in the comments below.