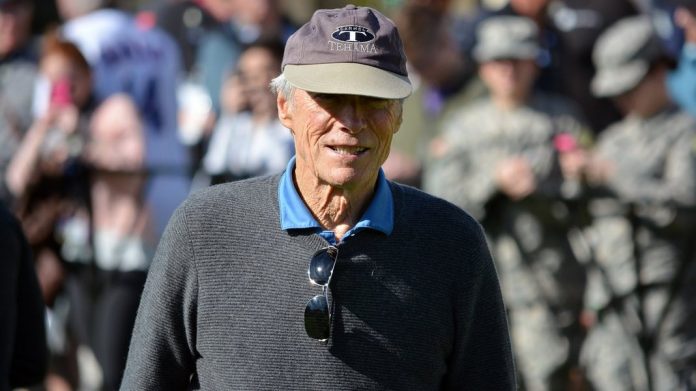 Clint Eastwood has never gotten along politically with Hollywood elitists or radical Leftists.

And he’s one of the very few actors in Hollywood who has the guts to stand up to them.

Now, Clint Eastwood is standing up to Hollywood once again and what he did has made them more furious with him than ever before.

Ever since Georgia passed their pro-life Heartbeat Law, Hollywood liberals have lost their minds.

Alyssa Milano and a handful of celebrities are threatening to boycott the state in retaliation for the law.

Major filmmakers and production companies like Netflix and Disney have threatened to join in.

They are attempting to bully every last celebrity to join the boycott so they can make their point.

That’s when Clint Eastwood refused to let someone like Alyssa Milano tell him what do to.

Clint Eastwood announced he’s filming his next project in the state of Georgia and liberals are furious.

Multiple Oscar-winner Clint Eastwood will film his upcoming Ballad of Richard Jewell in Georgia, ignoring a pro-abortion boycott in the movie and TV industry.

Production on the film, that stars Oscar winners Kathy Bates and Sam Rockwell, as well as Jon Hamm and Olivia Wilde, will begin this summer in Atlanta.

Clint Eastwood is coming off his surprise hit The Mule, which starred the 89-year-old, grossed over $100 million domestic, and was itself shot in and around Atlanta last summer.

Eastwood’s decision makes sense for a couple of reasons. Although he is probably pro-choice, the screen legend has never been the kind of movie star to jump on whatever Hollywood’s latest fad is, especially boycotts and the like. I can’t ever remember seeing his name on a petition of any kind.

Clint Eastwood has never been one to engage in Hollywood’s endless cycle of virtue signaling or ploys for attention.

He’s by no means a Democrat either.

The actor endorsed John McCain and Mitt Romney in 2008 and 2012 and has expressed how much he dislikes Hillary Clinton.

It’s no secret why Leftist celebrities like Alyssa Milano hate him.

And by defying their boycott over Georgia’s pro-life legislation, he has every last liberal in Hollywood fuming with anger.

Do you approve of Clint Eastwood’s decision?