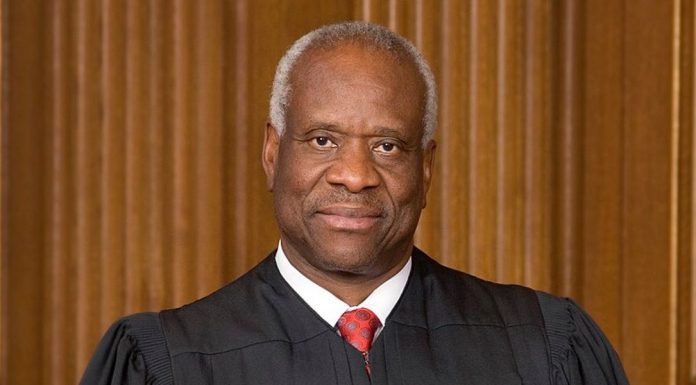 Planned Parenthood regularly slaughters the unborn in their abortion facilities.

And because of a decades-old Supreme Court ruling, they are doing it legally – for now.

But Clarence Thomas just got what he needs to deliver a deathblow to Planned Parenthood.

On January 22, 1973, the Supreme Court ruled in favor of Roe v. Wade, a decision that has since made abortion the law of the land in the U.S.

Since then, there have been an estimated 62 million abortions in the U.S., many of which were directly done by Planned Parenthood, the largest abortion provider in America.

The only way to stop this grizzly act from continuing is by reversing Roe v. Wade.

And for years, Supreme Court Justice Clarence Thomas has hinted at the fact that he wants to reverse the order.

In 2020, Justice Thomas stated that the court’s record on abortion is “grievously wrong” when dissenting to a case relating to a Louisiana law requiring abortion doctors to obtain admitting privileges at a nearby hospital.

“The plurality and [Chief Justice John Roberts] ultimately cast aside this jurisdictional barrier to conclude that Louisiana’s law is unconstitutional under our precedents,” Justice Clarence Thomas wrote in a dissent. “But those decisions created the right to abortion out of whole cloth, without a shred of support from the Constitution’s text. Our abortion precedents are grievously wrong and should be overruled.”

But Thomas hasn’t yet had the chance to take Roe v. Wade head-on.

That is changing after the Supreme Court agreed to hear a major abortion case that could overturn Roe v. Wade.

The case, Dobbs v. Jackson Women’s Health, relates to the constitutionality of Mississippi’s ban on most abortions after 15 weeks of pregnancy.

BREAKING: The Supreme Court agrees to take up a major abortion case that will give the court an opportunity to reconsider Roe v. Wade and Planned Parenthood v. Casey. The case involves the constitutionality of Mississippi’s ban on most abortions after 15 weeks of pregnancy.

The Louisiana case last year could have potentially reversed Roe v. Wade, but with the make-up of the Supreme Court, there was no way it could go that way.

But since then, the Supreme Court has been shaken up, with Justice Amy Coney Barrett, whose opposition to abortion was the Democrat’s biggest criticism of her during his confirmation.

This is the biggest case for pro-life Americans since Roe v. Wade itself.

If Roe v. Wade is reversed, states will be able to pass outright abortion bans without the courts immediately striking them down.

Dozens of states will almost certainly pass these laws quickly following the reversal.