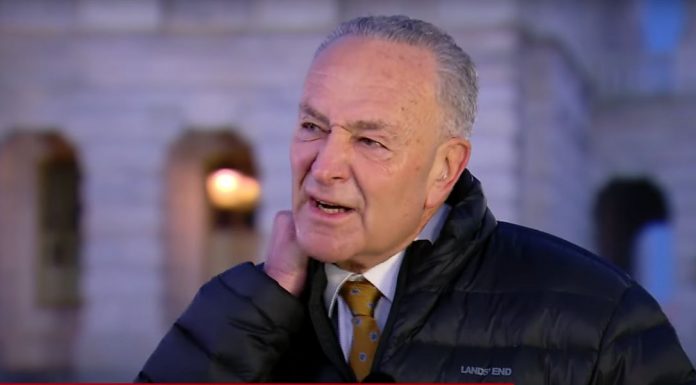 But one particular addition from Chuck Schumer and Lindsey Graham may just be the most eye-opening of all.

The money is to cover a vast array of programs for the Pentagon in the name of National Security.

It’s an annual boon for the Defense Industrial Complex, which now has a head scratching new member – an Indian casino.

In a head-scratching addition, Chuck Schumer and Lindsay Graham joined forces to slip in a provision to help a South Carolina-based Indian Tribe open a casino in neighboring North Carolina.

As weird as that sounds, RollCall reports there’s big money at stake for the Tribe, writing the “Catawba Indian Nation and the developers it worked with to build and run the $273 million, 14,700-square-foot casino in Kings Mountain, N.C., about 35 miles from the tribe’s reservation near the city of Rock Hill, S.C.”

Tribes want to operate casinos off-reservation because on-reservation casinos are often subject to state gambling laws that prohibit some types of gambling.

Lobbyists receiving large paychecks from casino backers, as well as handsome campaign contributions all played their part in the bipartisan land grab.

Last year House Majority Whip James Clyburn, arguably the second most powerful Democrat in the House behind Pelosi, brought the Catawba Indian Nation Lands Act to the House floor—in an attempt to ratify the Department of Interiors permission to grant North Carolina land to the tribe in order to create the desired casino.

And after boatloads of campaign cash to Graham, Clyburn and presumably Schumer, the skids were greased to slip it into the NDAA.

A Lindsey Graham spokesman glossed over the financial situation by stating “The Catawba Nation has been treated unfairly by the federal government, and the legislation that was passed rights that wrong.” Bishop said the suggestion of any connection between Graham’s legislative activity and political donations is “nonsense.”