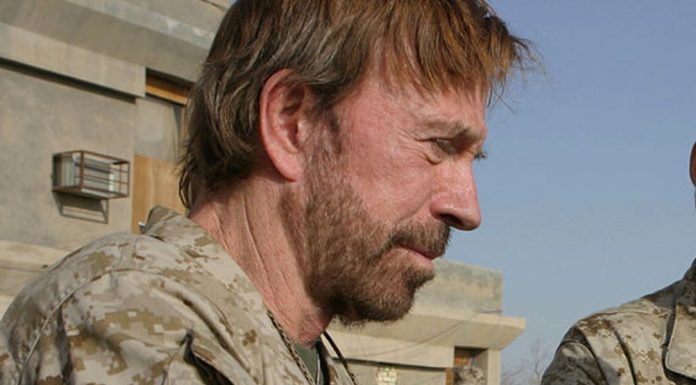 Leftists are doing everything they can to force abortions into our lives.

But life-long conservative and Hollywood icon Chuck Norris has had enough.

And Chuck Norris just annihilated abortionists and the Left is going nuts.

Taxpayer funded abortions has been a key talking point for leftists over the years.

They would love nothing more than to have abortion as easier than getting a check up at your local urgent care office.

And with President Biden now in the White House, abortionists are going to have a dream come true with the abortion pill heading to homes across the nation with no oversight.

But Chuck Norris is having none of it.

Best known for his leading role of the conservative family show, Walker Texas Ranger, Chuck Norris has been a conservative icon in Hollywood for years.

He even endorsed President Trump.

Also few Hollywood actors have more of a pro-life stance than Chuck Norris.

And for the 48th anniversary of the Supreme Court’s horrific ruling on Roe v. Wade Chuck Norris wrote an op-ed against abortionists.

In his op-ed he stated:

It is staggering to think that, since 1973, over 62 million Americans have lost their lives in the womb due to being aborted or terminated by their parent.

As long as Americans are relearning how to respect and get along with one another and even agree to disagree agreeably, maybe it’s high time we reevaluated the worth we give to the voiceless in wombs, too. Whether in the U.S. Capital or in cities across every state of our union, we shouldn’t justify violence to humans outside the womb or inside the womb. Instead, we should esteem all human life from conception to the grave.

A 2020 Angus Reid poll asked 1,528 Canadians for their moral perspectives on a wide variety of issues. Among the findings: While 51% thought that using plastic straws is always or usually morally wrong, only 20% thought the same of “doctor-assisted dying” and just 26% for abortion.

As the Reformed Perspective news put it: So, someone might have had their elderly mother euthanized, or had their unborn baby aborted, but they feel like a good person since they used a bamboo, not plastic, straw.

More people seem to value virtue signalling on issues like the environment than they do about human life.

And hopefully we see the conservative Supreme Court take a stand for life and end the atrocities from Roe v. Wade.