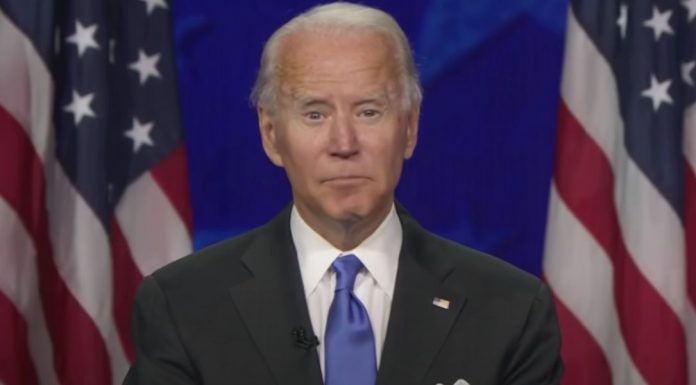 The effort to secularize the country is being spearheaded by the Democrats.

And Christians were shocked by what the Democrats did at the DNC.

The Democratic National Convention was a frightening funhouse mirror reflection of how the Left sees Americans past, present, and future.

The Christian ethos of the country has been under constant attack from the Left who wants to replace that ethic with a hollow secular humanism.

That couldn’t have been more clear at the DNC than when a caucus meeting kicked off its discussion by reciting the pledge of allegiance.

There was just one problem – they intentionally left out the phrase “under God.”

If this seems like an accidental oversight, it wasn’t.

Another radical caucus intentionally wrote out God from the pledge of allegiance:

This is truly disturbing.

Research shows that the more atheist a country becomes, the more susceptible it is to genocidal ideologies such as communism.

The brute-force godlessness of the Soviet Union and Maoist China led to the murder or forced starvation of tens of millions of people.

Stalin and Mao killed so many people, it’s almost impossible to accurately assess.

The leftist substitute for God has always been the state, and that’s what’s currently afoot within the Deomcrat Party.

That’s why DNC chair Tom Perez said that there was no longer a place in the party for Democrats with pro-life views.

Even though viability has become earlier and earlier and ultrasounds can show heartbeats and moving limbs, Democrats want the option to kill a baby up to the point of birth.

They also want the government to foot the bill.

A belief in God and the sanctity of life have become controversial and even repellent issues for Democrats.

Hopefully those with faith who are undecided about which party better represents them are taking notes.