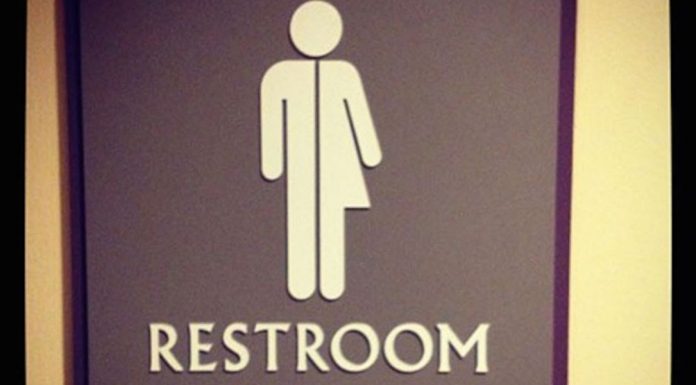 Christians have been fighting for years to keep our family values intact from the Left’s radical ideologies.

But things are taking a turn for the worse after this massive loss.

And now Christian universities are legally required to allow guys in women’s bathrooms.

The Left’s full-fledged war on family values in America is undeniable.

From radical curriculum in public schools to forcing Churches to violate their conscience, the Left is doing everything they can to change our society.

But it’s about to get a lot worse.

Since Biden took office, his administration has championed the radical LGBT agenda.

And in one of his first acts he signed an executive order titled, “Preventing and Combating Discrimination on the Basis of Gender Identity or Sexual Orientation”.

You can guess just how bad the order is by its title.

The order, among other things, essentially bans schools from holding traditional norms of activities and life separated by sex.

This means that a guy who claims he is a girl can now live in girls’ dorms and use girls’ bathrooms.

And in a last-ditch effort to stop this order in its tracks, College of the Ozarks, a Christian school in Missouri, and the Alliance Defending Freedom sued the Biden administration in hopes of allowing a religious exception to his extreme order.

Senior Counsel Julie Blake for Alliance Defending Freedom released a statement which read, “[t]he government cannot and should not force schools to open girls’ dorms to males based on its politically motivated and inappropriate redefinition of ‘sex’.”

Blake continued, “Women shouldn’t be forced to share private spaces – including showers and dorm rooms – with males, and religious schools shouldn’t be punished simply because of their beliefs about marriage and biological sex. Government overreach by the Biden administration continues to victimize women, girls, and people of faith by gutting their legal protections, and it must be stopped.”

They plan on appealing the case but who knows what will happen if it reaches the Supreme Court.

Even with a majority “conservative” Supreme Court, they happily ruled last year that transgenders have the same legal protections as women under Title IX.