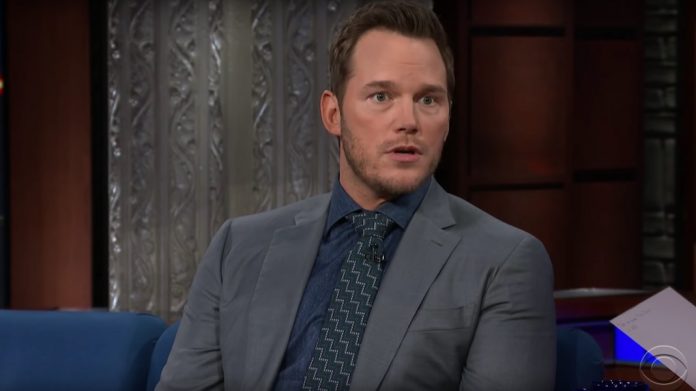 Actor Chris Pratt has come under a barrage of attacks from the Hollywood elite because he is vocal about his Christianity and conservatism.

Most recently, he was attacked for being an avid hunter and going on a 21 day Daniel Fast to focus on his devotion to God.

But now the Hollywood elite think they have the smoking gun that could destroy his career.

Outspoken Christian conservative actor Chris Pratt (from Jurassic World and Guardians of the Galaxy) just came under fire for quoting his pastor.

He appeared on The Late Show with Stephen Colbert after his religious fast that is based on Daniel 1:12.

When he cited his pastor as a source of inspiration, Hollywood got triggered.

“I was inspired by my pastor,” Pratt said. Then he quoted the supposedly damnable sentence that caused a Hollywood meltdown:

“If the spotlight that is shining on you is brighter than the light that’s within you, it will kill you.”

But sadly, not everyone was inspired by Pratt’s message.

Ellen Page, an openly lesbian actress, shot off a tweet that the secular fake news media called a “truth bomb.”

Oh. K. Um. But his church is infamously anti lgbtq so maybe address that too? https://t.co/meg8m69FeF

Hollywood is incensed that one of the most successful actors in the world is a proud Christian.

So the elitists constantly lob attacks to try and bring him down.

As we previously reported, the Hollywood Elite sunk their teeth into Pratt for having the unmitigated gaul to say that God loves everyone and eating meat is ok.

Now, the mere fact he believes in the Word of God as opposed to Hollywood’s very skewered worldview was enough of an excuse to try once again to destroy the man’s career.

The moment a person stands up for Christianity, for truth, Hollywood thinks their career should go up in smoke.

But Pratt clearly won’t be shaken from his faith by Hollywood liberals.

What do you think? Should Chris Pratt be destroyed for attending church and being outspoken about his faith?