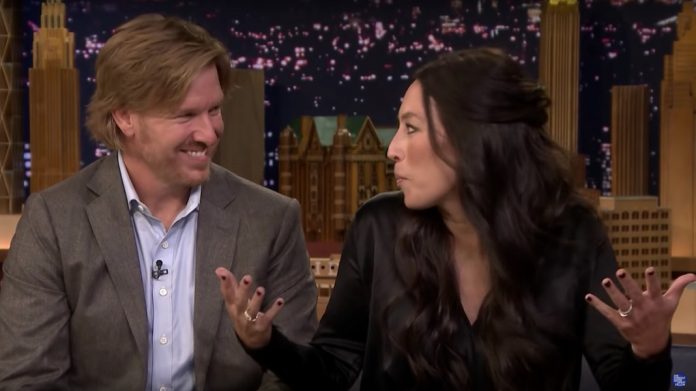 Chip and Joanna Gaines are the stars of the home makeover show “Fixer Upper.”

They’ve become American icons despite our culture attacking them for their Christian faith.

And now they just ended up on a list that made Tim Tebow sing their praise.

Chip and Joanna Gaines were named one of Time Magazine’s 100 most influential people.

In an era with popular culture pushing filth through our TV screens, the homey couple are proud of their faith and family.

And Tim Tebow wrote a tribute to them.

“Through remarkably hard work, Jo and Chip have created a platform to be able to impact lives with extreme generosity,” the former NFL quarterback praised.

Tebow appeared on an episode of “Fixer Upper” where they designed and built a home for a family with two special needs children.

Tebow said, “On ‘Fixer Upper,’ when I helped Jo and Chip build an accessible home for a family with two children in wheelchairs, I saw firsthand the genuine passion they have for making a difference in people’s lives.”

And unlike many television stars these days, Tebow said of the Gaineses, “They are also grounded in a strong faith, which keeps them focused on what truly matters in life. People matter. Loving people matters. And Jo and Chip are amazing at loving people.”

Do you think Chip and Joanna Gaines belong on Time’s 100 most influential people?