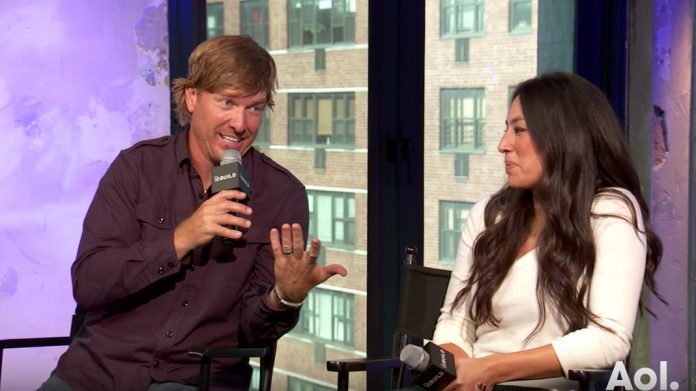 Former “Fixer Upper” stars Chip and Joanna Gaines have never been shy about their faith or traditional family values.

But it’s made them a target of radical leftists.

And what Chip just revealed may paint an even bigger target on their backs.

Chip and Joanna Gaines just welcomed their fifth child, Crew, into the world in June.

But Chip tells People Magazine they may not be done yet.

Already parents to Drake, 13, Ella, 12, Duke, 9, and Emmie, 8. “It’s hard to believe this little turkey will only be 10 years old when Emmie is graduating from high school,” says Chip.

“I think we have to have another one because I’m particular about the only child thing. Crew needs a sister to manage this whole thing out. Don’t be surprised if No. 6 is in the cards!”

Thank you for calling @magnolia, how can I help you? #GuestServices

Joanna isn’t so sure, admitting her pregnancy was a bit more difficult this time around.

“When I first got pregnant I kept telling everyone at the office, ‘Guys, I am my best self when I’m pregnant.’ And then, for whatever reason, I was limping into work and I couldn’t breathe. At 40, it’s definitely a little different.”

Either way, Joanna says she and Chip are enjoying this “sweet season” with baby Crew.

In today’s culture, pro-abortion radicals at Planned Parenthood would counsel women like Joanna Gaines to have an abortion as a solution to an “unexpected” pregnancy.

It’s refreshing to see a couple that not only embraces the “unexpected” but is now considering having another child to keep their youngest from growing up alone.