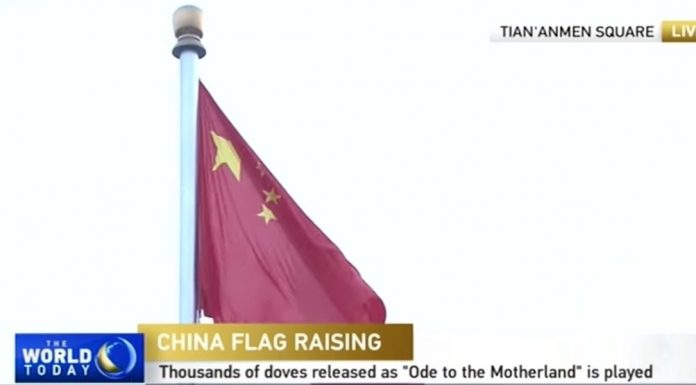 The United States has been leaders of the world on nearly every metric for a century.

But now our nation is going down the crapper as China is on the rise.

And China just overtook the United States in one stat that should scare the hell out of every American.

Go all the way back to the end of World War One and the whole world realized that the United States was the big guy on the block.

And our strengths made America the power to be and the nation everyone feared to face.

Well boy have the times changed.

We now have a president that sounds like a patient at your local retirement home.

Biden, fully vaccinated and outside before signing the infrastructure bill, walks back to podium because he forgot his mask: "Oh, my mask."

Biden can't find the mask and then walks back to the signing table. pic.twitter.com/uG0YPkphYF

Under the leadership of idiotic political leaders like Biden, our nation has been degrading beyond any resembalence of what it used ot be.

And with decades of – on average – horrible leadership of our nation, the Chinese have emerged as a formidable power on the world stage.

But even with their massive advancements in military power and investment in their economy, the Chinese haven’t been able to overtake the United States in many meaningful measures, until now.

Thanks to COVID, poor leadership, and China, our nation’s economy has been going down the drain over the past 18 months.

Now a review of “national balance sheets” shows China has overtaken the United States as the richest country in the world for the first time.

According to global management consulting firm McKinsey & Company, China’s wealth has gone from just $7 trillion in 2000 to a whopping $120 trillion in 2020.

The global management firm reports that the United States had an overall wealth of $90 trillion in 2020.

And as China’s economy outpaces the United States by leaps and bounds, that isn’t the scariest thing to think about in our future.

Our national debt is just about to hit $29 trillion.

Just wait till nations like China call up our debt to be paid with money we don’t have.