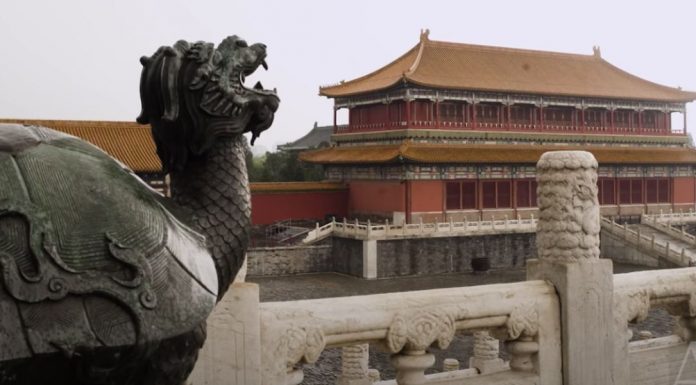 The communist Chinese government is the biggest threat to freedom in the world today.

In particular, they are known for their religious persecution.

And China just declared war on Christianity with one sick attack you won’t believe.

Communists are well known for their opposition to religion.

The only God anybody is allowed to have under a communist government is the state itself.

That is why, whenever communism rears its ugly head, it is the righteous who suffer most.

Communist China is no different.

They have the Muslim-minority Uyghur population in prison camps creating goods for massive corporations like Apple and Nike.

China has found it much easier to target Christians by using their own technology to spy on them in their homes.

Chris Meserole of the Brookings Institution explained this during a hearing of the U.S. Commission on International Religious Freedom.

He explains that expanded technology has made “that repression far more effective.”

Meserole goes on to explain that previously the Chinese government has only been able “to repress public forms of religious organizations, practices, identities, and beliefs, particularly in urban areas.”

This means that religion practiced at home has been relatively safe.

“Digital technologies have changed that,” argued Meserole. “As processors, sensors, and cameras have proliferated, the extent of religious life that the CCP [Chinese Communist Party] can surveil has expanded dramatically.”

“Video and audio surveillance of public mosques, churches, and temples has exploded,” he pointed out. “Rather than simply shut down a religious school or house of worship, authorities can monitor all activity and individuals within those facilities and sanction undesired behavior or individuals with greater specificity.”

So someone praying at home could find themselves being thrown in jail because the Chinese government was listening through their phones.

This is the new reality in China, and is getting worse by the day.

Despite this, American corporations continue to bend over backwards to appease China so their products can be sold to their massive consumer base.

The NBA went so far as to prevent their fans from supporting protests in Hong Kong in favor of Democracy, because the NBA proved to be popular with Chinese viewers.

Disney has similarly worked to appease China, while companies like Apple and Nike use their slave labor to save money on producing their goods.