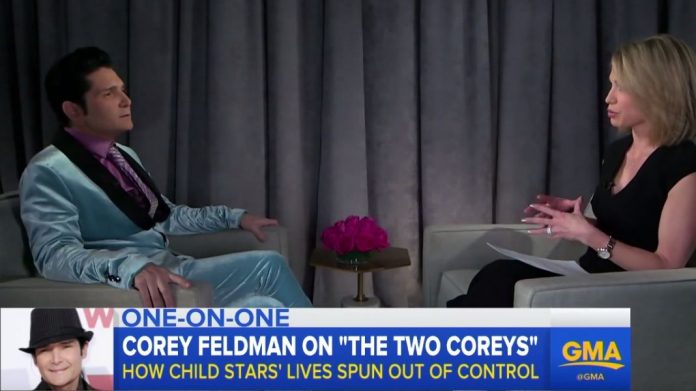 Since the world discovered Harvey Weinstein, Bill Cosby, and Kevin Spacey’s disgusting stories of sexual assault and rape, Hollywood has been under intense scrutiny.

And now we’re about to learn this may have only been the tip of the iceberg.

Child star, Corey Feldman, is releasing a documentary that could destroy the career of a major celebrity that did something unspeakable to him in his youth.

Corey Feldman is best known for his roles in, The Goonies, Gremlins, and Stand By Me.

He was once a rising star in Hollywood that was loved by the entire country.

But his career slowly declined as his mental health took a toll on the actor.

Corey Feldman proceeded to accuse three men of raping him as a child but no one listened to him.

Now, he is releasing a documentary that details everything that could rock the entire entertainment industry.

Feldman has also decided to finally accuse Charlie Sheen of raping him and his now deceased friend, Corey Haim.

Sheen is denying these accusations and has previously sued others for defamation over these kinds of accusations.

Corey Feldman could be risking his entire career and fortune on making these accusations against Charlie Sheen.

The media is giving Feldman’s claims more attention and credibility this time given the recent revelations of Hollywood celebrities raping women and underage boys.

The sad reality is that it will be difficult for Feldman to make his case given how much time has passed and Sheen’s nearly unlimited resources to fight any legal and public relations battles.

It is unclear if Sheen is guilty of what Feldman is accusing him of.

Regardless, the documentary will likely shed some light on an ugly discussion that is secretly plaguing Hollywood.

What do you think? Is Charlie Sheen is guilty or innocent?