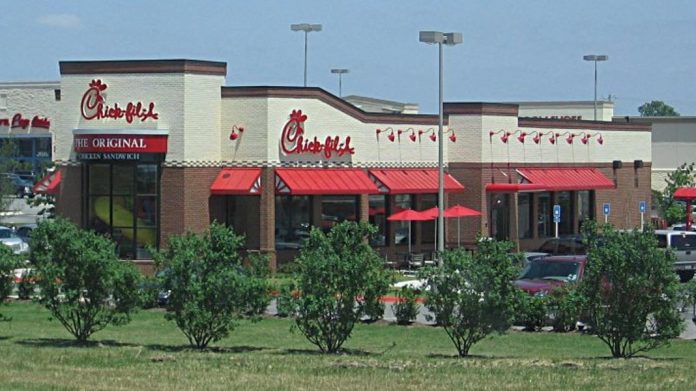 Chick-fil-A is on shaky ground lately.

Many customers and supporters of the company felt it was straying from its Christian foundation.

But Chick-fil-A made a stunning announcement in response to backlash from loyal customers.

Chick-fil-A has become an important symbol in the culture war.

Not only does the restaurant chain offer great food and services, it represents a successful Christian institution that can stand up to the incessant bullying of various leftist lobbies.

But Christian support for the organization was shaken when the company finally bent the knee to the leftist outrage mob and said it would no longer donate money to the Salvation Army and the Fellowship of Christian Athletes because of their stance on biblical values.

It was also revealed that under the leadership of a newly hired liberal executive, the company donated money to the Southern Poverty Law Center, which is nothing more than a corrupt institution that targets all enemies of the Left.

But American Family Association (AFA) President Tim Wildmon got clarification from Chick-fil-A president Dan Cathy, and his response might be a relief for Christians.

“As you have seen, recently we announced changes to our giving strategy at the Chick-fil-A Foundation,” wrote Cathy in his December 5, 2019 response. “These changes were made to better focus on hunger, homelessness and education. We understand how some thought we were abandoning our long-standing support of faith-based organizations.”

“Some also questioned if our commitment to our Corporate Purpose was waning. Let me state unequivocally: It is not,” he added.

Wildmon said that Cathy’s response “was a welcomed clarification.”

“It appears that Mr. Cathy understands how many evangelicals perceived the company’s decision, as he stated that these Christian groups were ‘inadvertently discredited,’” said Wildmon. “The fact that Dan Cathy called these two Christian groups ‘outstanding organizations’ will mean a lot to evangelicals.”

It appears Chick-fil-A learned from its mistake of caving to the Left.

There will never be enough appeasement.

They only go after targets that will cater to them, so don’t take the bait.

Can Chick-fil-A fully reverse course after their recent misstep?