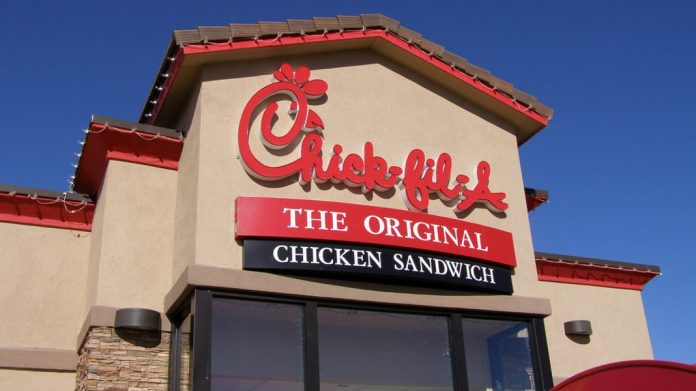 And the following the chicken king has amassed is unmatched with its dedicated customer base.

Well Chick-fil-A just dropped news on their menu that is driving customers insane.

The only thing Americans love more than football is fast food.

Ask any American on the street who the first president was and many would give you a blank stare.

But ask them what their favorite fast food was and they would blurt out an answer in a heartbeat.

But one fast food chain stands above the rest to many red-blooded Americans.

The KFC with Jesus and unmatched customer service is second to none for many even though they aren’t one of the biggest food chains compared to others like McDonalds.

Just drive by any Chick-fil-A around lunchtime and the 20-plus car deep drive through line will be running like clockwork.

And their waffle fries are to die for.

But just when you thought Chick-fil-a couldn’t get any better, they make our lives even better with pleasure.

Chick-fil-A might not have a secret menu but they just told customers how to make orders better with “cheat” options.

First suggestion by the Jesus chicken franchise is Buffalo Chicken Mac & Cheese which is nuggets, mac and cheese, a pack of buffalo and ranch sauce.

Heaven in your mouth.

So simple but so delicious.

Just when you thought Chick-fil-A is perfect they prove you wrong and become even more amazing.