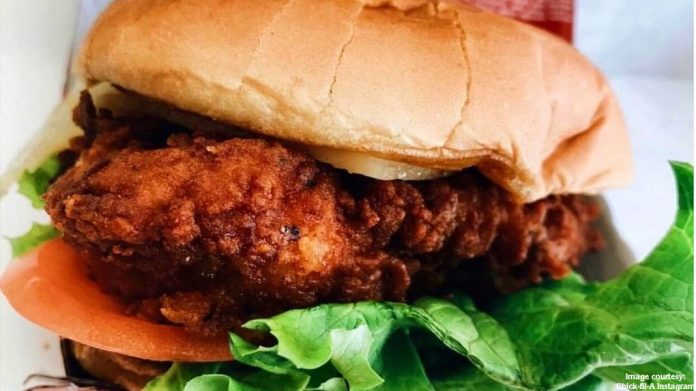 When the radical Left isn’t spending their time infiltrating every facet of our culture, they can usually be found protesting Chick-fil-A.

Now, the fast food restaurant did something that is going make them furious.

Chick-fil-A announced big news about their company that is going to cause grief from rabid Leftist protestors.

In 2012, Leftwing activists began protesting Chick-fil-A due to their support of traditional marriage.

In an attempt to destroy the company, they created a boycott, but it backfired in the worst way possible.

Ever since the boycott, Chick-fil-A has exploded in growth and profits.

Chick-fil-A has officially announced that the company has doubled their revenue since 2012.

The Left’s most-hated fast-food chain, Chick-fil-A, seems to just keep ramping up the sales no matter how much harassment or protest is thrown its way. Ever since the left-wing boycott crusade against the chicken empire began in 2012, sales have not only increased, they have doubled.

“Chick-fil-A’s annual sales have more than doubled since LGBT and liberal groups began calling for a boycott of the restaurant in 2012, according to a new analysis,” reports Christian Headlines. “In 2012, when controversy arose over the CEO’s comments about same-sex marriage, sales totaled $4.6 billion, up from $4.1 billion the year before. In 2018, sales totaled $10.46 billion, making it the third-largest restaurant in the United States behind McDonald’s and Starbucks.”

On top of the sales bumps, the chain has added 700 new restaurants in the span of those seven years. Journal & Courier noted that in 2018 alone, Chick-fil-A saw a sales increase more than four times that of Starbucks at 16.7%.

The numbers are so staggering that no one could have seen this coming.

The tasty chicken chain has added 700 new restaurants and more than doubled their revenue.

This is certainly not the outcome the radical Left intended.

When the protests began, conservative activists chose to fight back and support the restaurant.

In effect, the Left single-handedly introduced Chick-fil-A to millions of new customers without the restaurant having to spend a dime on marketing.